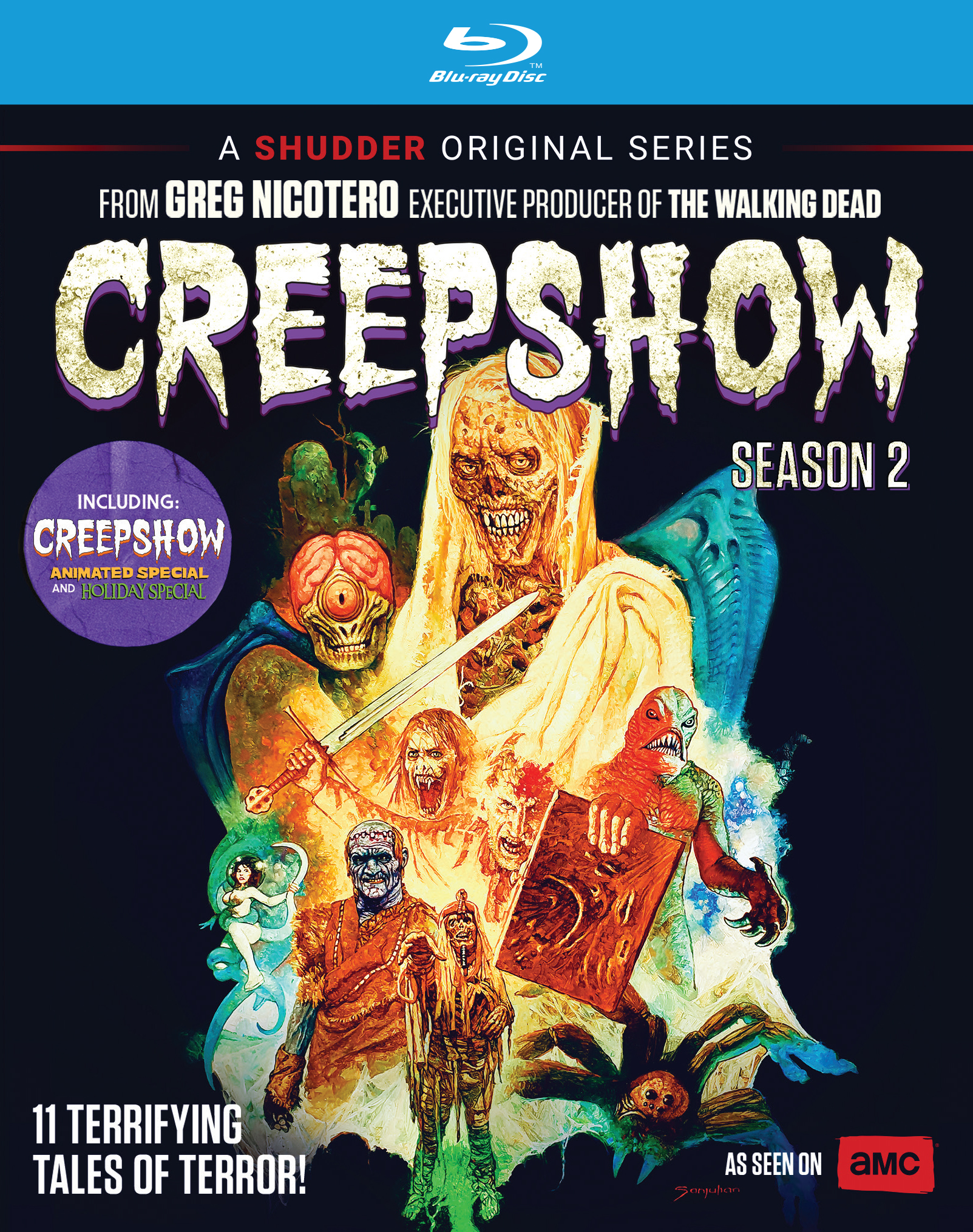 On December 7, 2021 RLJE Films (a business unit of AMC Networks) will release the second season of the Shudder series "Creepshow" on DVD and Blu-ray. To celebrate the release, AICN is giving away Blu-ray copies to two faithful readers!

Based on the 1982 horror cult classic, the second season of "Creepshow" features nine freaky stories told over the course of five episodes with bonus animated episodes, "A Creepshow Animated Special" and "A Creepshow Holiday Special."

"Creepshow" season 2 will be available on DVD and Blu-ray for $34.98 with bonus features including:

In addition, the Creepshow Season 2 DVD and Blu-ray each has a reversible sleeve art created by Sanjulián and by Rich Hilliard respectively.

Wanna throw your hat in the ring for a chance to win your very own Blu-ray of Creepshow Season 2? Email me at annetteaicn@gmail.com with the subject line ROMERO’S LEGACY LIVES ON! Please include your mailing address (contiguous U.S. only, no P.O. Boxes). Winners will be chosen at random by 12/3 at noon. Good luck!