“Past Kev set up Future Kev for a wonderful fucking evening.” - Kevin Smith Gets Emotional With CLERKS III

Last weekend I grabbed my friend Tim and we drove down to Red Bank, New Jersey, to the Count Basie Arts Center to watch Jersey’s favorite son, Kevin Smith, introduce his latest film, CLERKS III. It just makes sense to see him here; I live in New Jersey, now. When I first was introduced to his vision of the world, almost thirty years ago, I lived in a small town in Texas. Even then, though, his specific version of heightened reality struck me as universal. To feel lost in a life that we feel we have little control over; to be passengers in our own existence, eking out a living doing something we loathe and escaping to the silver screen. CLERKS resonated with so many people when it arrived because Kevin Smith spoke our language, one that was crude and unfiltered. In the thirty years since, he has, let’s say, a checkered reputation as a director but there are very few of his films that I’ve deliberately skipped. While 2019’s JAY & SILENT BOB REBOOT was a fun if flawed film, CLERKS III is a legitimately good movie and a poignant love poem from Smith for his fans, his characters, and his humble beginnings.

This review isn’t intended to sell the uninitiated to the View Askew Universe but rather to let those who are interested and on the fence about giving this threequel a try know that yes, it’s worth it. As I said, this film is actually good, as opposed to the last Jay & Silent Bob outing which was serviceable, at best. It does all the same things that the REBOOT did, with celebrity cameos and callbacks aplenty while still maintaining a foothold in reality that sets the CLERKS films apart from Jay & Silent Bob’s title adventures. Don’t misunderstand me: I like JAY & SILENT BOB STRIKE BACK and REBOOT, but something happens when the View Askew characters leave New Jersey. Maybe it’s Smith’s metacommentary on the world outside the borders of his home state, but when the characters get into a van and head out to Hollywood, all reality falls away, and we’re left with monkeys and Iron Bob suits. In Jersey, we remain something like ourselves.

The Quick Stop is resplendent in its mediocrity, and every living actor that made the first film such an enduring piece of pop bubble gum return to reprise their roles. The casting montage is one long laugh that has to be viewed twice just to take it all in. (Seriously, I need to see the film again to catch everything that the sold-out crowd laughed over.) Some of the acting is atrocious, some of it is exceptional, but all of it lends to Smith’s artistic vision. This film, more than any in his oeuvre, explicitly states his career-spanning purpose: to tell each and every one of us that we, individually and collectively, have a story to tell. Tell it loud, ugly, dirty, and true, just tell it.

Smith gushed before the screening about being able to film CLERKS III entirely in New Jersey, a feat he hadn’t been able to replicate since his first film. “The Motherland, the Cradle of Fucking Civilization,” as he refers to it, is captured onscreen in a way that I wasn’t able to appreciate as a young man. It actually wasn’t until I was driving away from this screening that I saw the Middletown Clown, just off 35, which has become an indelible visual of the View Askew Universe, that everyone lost their freaking minds about when it appeared onscreen. To see this film in New Jersey, with a paying New Jersey audience, was a wonderful experience. Opening the film with My Chemical Romance’s “The Black Parade” was a surefire way to get that audience on his side (as if they weren’t already) and speaks to Smith’s empathic knowledge of his audience.

After the film, Smith returned to the stage, accompanied by Brian O’Halloran (Dante) and Marilyn Ghigliotti (Veronica), whose part was actually quite small in the first draft until Smith saw the passion she brought to the character. They shared their experiences returning to these iconic roles and what future may be ahead of them. Smith himself said “I promise you right now from this stage, as long as there is fucking breath in my lungs, there will be the potential for another CLERKS.” I won’t say anymore as I don’t want to spoil the film. If you’ve been looking for a sign to go see it, here it is: 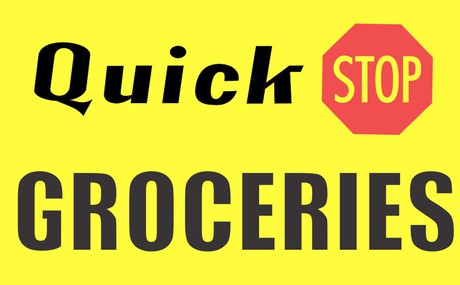 The film is hitting theaters for one week starting tomorrow in a limited engagement through Fathom Events as well as coming to several cities with Smith, himself, as part of the Convenience Tour. Information and tickets are available at the official website, https://clerks3.movie/

Until next time, I'll see you at the Movies!