Hey, friends.  Barbarella here.  Coming out tomorrow, Tuesday, November 2, on VOD, Digital, DVD, and Blu-ray, THE BANISHING tells the story of a reverend who moves his family into a haunted manor with a horrifying secret.  I had the opportunity to speak with director Christopher Smith, who also directed CREEP and one of my very favorite, silly horror films, SEVERANCE.  However, THE BANISHING carries a far more somber tone, as it explores religion, relationships, and a creepy, old building.  Check out our chat. 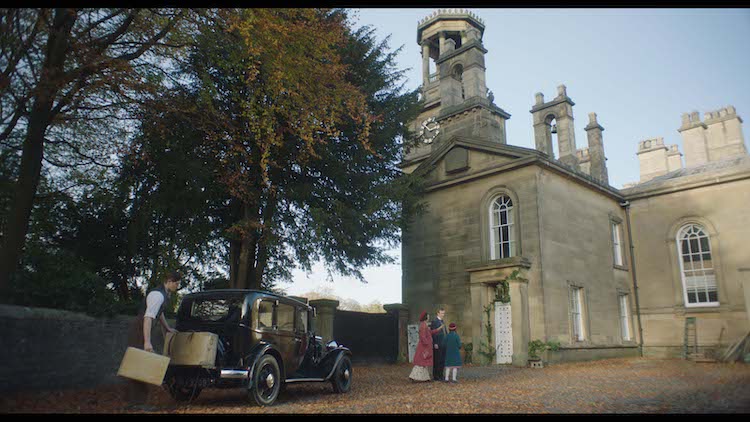 It’s great speaking with you.  SEVERANCE is one of my favorite silly horror movies of all time.

“Oh, thank you.  I've got a big soft spot for that movie.  Was one of those moments where it all came together.  That was really a fun time.”

Yeah.  That's a fun movie.  THE BANISHING involves both a haunted manor and religious zealots.  What scares you more, creepy houses or religious fanatics, and why?

“Religious fanatics, all day long, just because they're real.  They're here.  They're all around.  That's definitely the way I feel.  Definitely.  So much so, that I've actually written and hopefully am going to make an ISIS movie soon, so there you go.  That scares me.  So, yeah.” 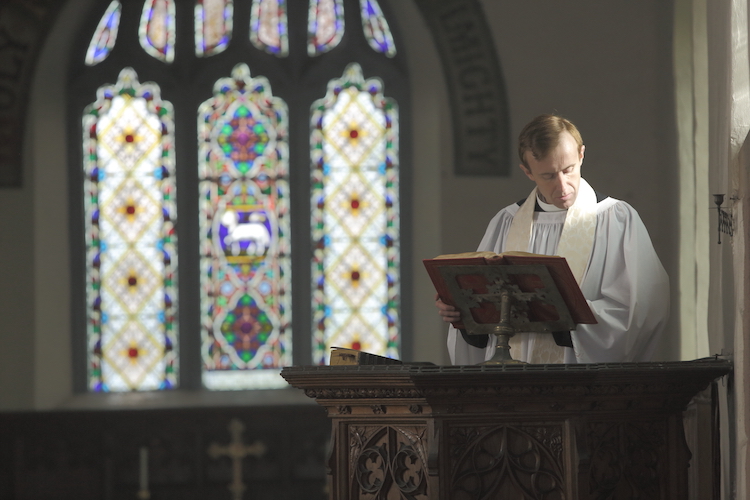 How did you get involved in THE BANISHING?

“I like a challenge.  I like to take on stuff that... I love POLTERGEIST, I love THE AMITYVILLE HORROR.  I like THE INNOCENCE, THE OTHERS, and I was intrigued by the story in the sense that, okay, here's a traditional ghost story set in the pre-war period; it was in the thirties.  The script was definitely more of a traditional, straight-down-the-line ghost story when I joined it, but I was like, “Well, hang on.  It's set in the thirties.”  Brexit was happening in this country, much to my dismay.  We were suddenly all harping back to the (sarcastically) good old days of the 1930’s, when there were mass extermination camps, and you had to hide your sexuality, and if you had a kid out marriage, you were banished.  (sarcastically) Great, the good old days, so let's do that.

“All I ever see on TV over here is... We just make these butler movies, the kind like Downton Abbey where everything seems to be fine, but it wasn't fine, and so I was very much bringing some of that passion in.  Let’s do this, but let's make the husband really hateful towards her because he's married this beautiful woman, but she's had a life before she met him.  The idea we're not sure about him to begin with.  Is he straight?  What's his thing?  We’re just trying to touch into those kinds of elements.  I felt these things make the film more interesting.  That was the thought.” 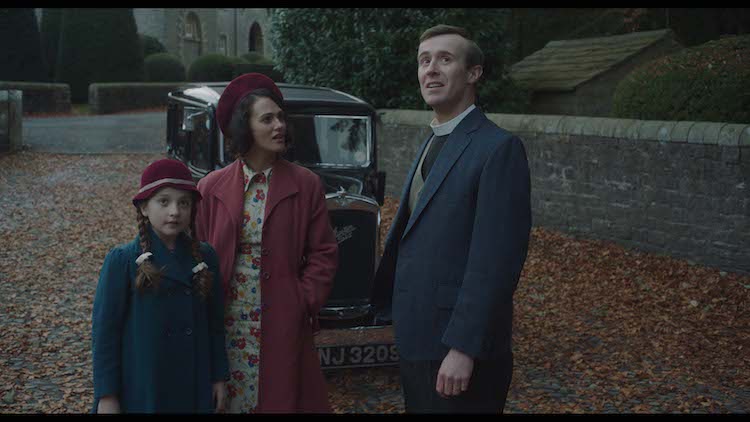 There were three writers credited on this film.  How does working with a trio impact your directing style and also how much input did you grant the writers once production began?

“It was a strange one.  It was written by Dave Beton, first and foremost.  Then, I think, he had started working with the other two guys who work as a duo.  He had brought them in before I got involved, so I didn't really work with three writers, per se.  The script came to me, and then I gave some script notes back, and then once I'd got it into a good enough place, from then we just started to make the movie, and the movie grew in its own way.

“I'd come from a period of doing some of this big-budget TV that's been going around, where it was actually quite refreshing to just put it back on the script department and say, "Okay guys, this isn't working."  That isn't the case with independent cinema.  It's very much like once you have the script you kind of go off and make the movie, so it wasn't a case of me dealing with a committee.  The script was in good shape already by the time I started pre-production.  The biggest challenge is always what you have on the page, and how much of what's on the page you can actually shoot.  You go back to SEVERANCE, it's like the way I'd written a gun battle.  You've written a gun battle like it's in SAVING PRIVATE RYAN, you know what I mean?  SAVING PRIVATE RYAN, the beach scene was shot in four weeks.  We got an afternoon [to shoot ours], so you very quickly realize you have to kind of [readjust].  I think that that's the biggest challenge always is trying to write the script in a way that you can actually deliver it well, rather than just have to do a scramble.  I don't want to make filmmaking where you just have to run around with someone, following them with a camera, because creatively that's quite inhibiting.  I try to make the film that suits the budget, rather than overreaching and making something that feels cheap.  That's really the way I've been sort of readjusting the way I make films now.  You get away with it in SEVERANCE because it's just fun.” 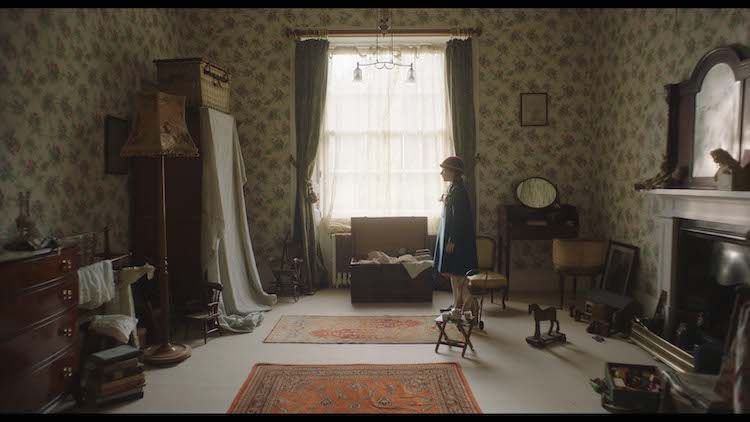 How do you think the cast and crew would describe your style of directing?

“I love being on set.  I'm very kind of honest about everything.  I really like actors, and I'm not scared of them.  Some directors are.  So actors say, "I love working with you, Chris."  I think they probably like the idea that I will come up with a note, and then I'll get a note wrong, and I'll say, "Sorry, that was just the worst note of all time," and I'll just be free with it.  And what it gives them is the ability to try stuff and go, "Oh no, that was rubbish.  That didn't work.”  And we can do another take.  It's like there should be a sense of freedom on set, I think.”

Would you talk a little bit about working with cinematographer, Sarah Cunningham?

“Yeah.  It was a bit of an into-the-fire for Sarah on this movie, because it was so tricky.  What you always need is more time.  For example, when you look at the sequence where Jess sees her daughter has gone through the mirror, even if you do it in the most minimal coverage way, it is about fourteen shots.  We had to learn to work [quickly] because we only shot this [movie] over twenty-four days.  We had to sort of go, "Okay, look Sarah, we need fourteen shots for this sequence.  We can't do it in any less.”  And so we were making cuts in the way we shot other things, [such as] dialogue scenes.  We would say, "Okay, we're going to shoot this in four shots."  At times, in one shot.  So, we tried to sort of offset, because it's all about time management.  It was a bit of a learning curve for me on a lesser schedule.  Just to put that in perspective, SEVERANCE was thirty-eight days.  You can see, we had fourteen days more to make that film.  So yeah, it was a bit of an into the frying pan for Sarah.  All her storyboards and things she'd prepped, that's all out the window.  Sarah's done a brilliant job.  We've ended up with a very beautiful-looking film, I think.“ 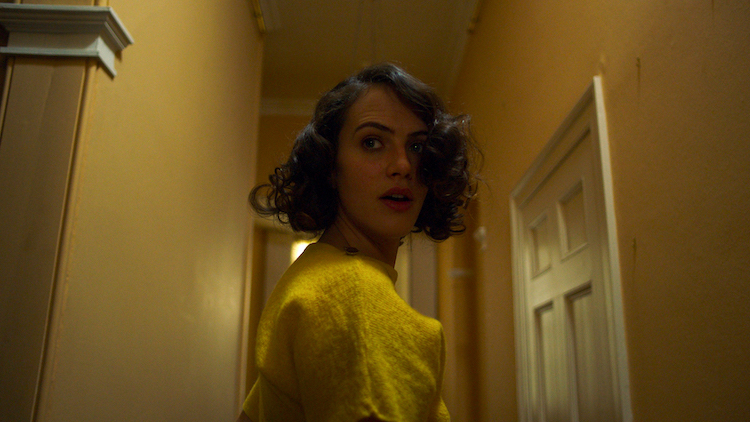 Director Christopher Smith’s film, THE BANISHING, stars Jessica Brown Findlay, John Hefferman, and Adam Hugill.  It will be available on VOD, Digital, DVD, and Blu-ray on November 2, 2021.  Here’s the trailer.