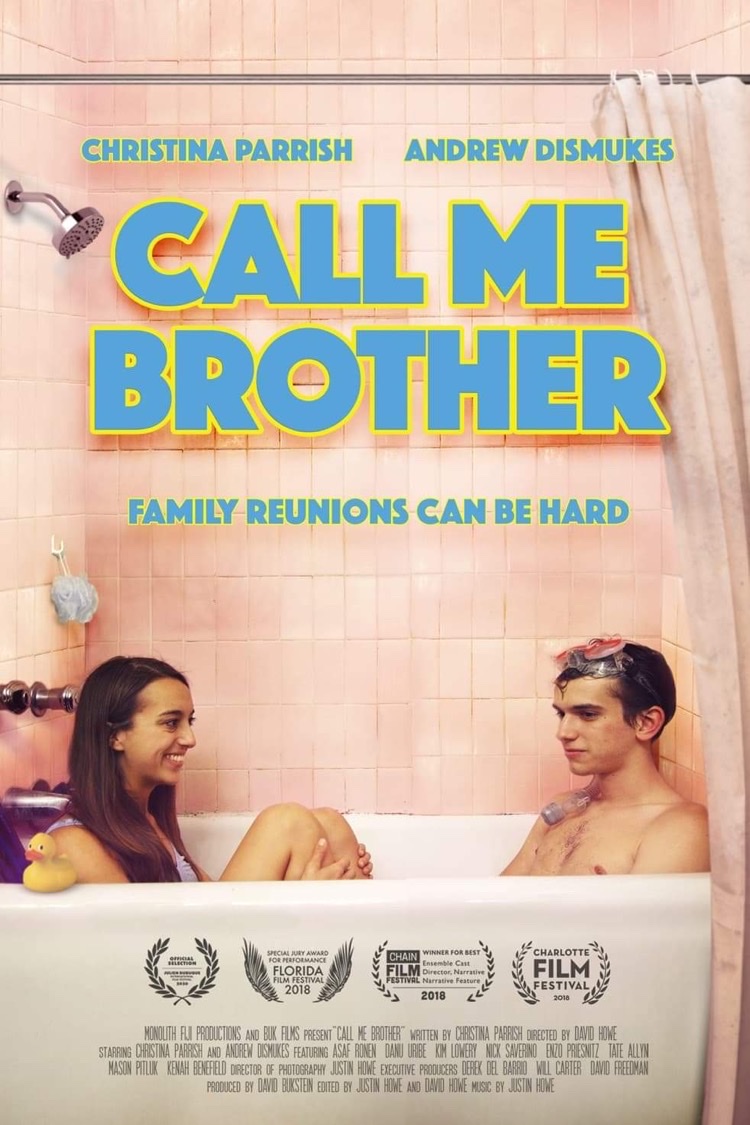 Hey guys, Prometheus here, and recently I had the chance to talk to Christina Parrish (Rooster Teeth) about her upcoming film, CALL ME BROTHER, co-starring Saturday Night Live’s Andrew Dismukes. I watched it, and it’s weird, and awkward, funny, and strange. What makes it so? Well, just swirl this trailer around your eyeballs for a moment…

Well, I got to speak to Christina, and ask her just that! She opened up on the process of making the film, how it ended up leaning into such taboo territory, and how the hell it happened in the first place! Check out our hilarious conversation below!

JS: Hi Christina, thanks for the phone call! Now you have a comedy coming out, CALL ME BROTHER. What can you tell us without spoiling too much?

CP: Have you seen it?

JS: I started the screener. It’s… not what I expected. (Laughing.)

CP: Without spoiling it, it’s basically, I tapped into the idea of a brother and sister kind of in their puberty stages and having all these emotions and sexual drive. Basically, the whole movie is a tease. Basically, gives you blue balls. My producer hates that I say that but… it does. (Laughing.) The whole movie you’re like, “Oh, my God. What the fuck is going to happen!

CP: I wrote it, yeah. Over the course of a year and a half.

JS: Not too bad, for writing a whole movie.

CP: No, not too bad. You know, a lot of the things in the movie are very true to life. A lot of instances in the movie are - not completely verbatim but, pretty closely aligned with experiences that I had growing up or things that I actually discovered while I was writing the movie.

JS: So, some of it’s personal?

CP: It’s a very personal movie. Not that I had an incestuous relationship with my brother, or anything!

JS: Thank you for clearing that up! (Laughing.)

CP: (Laughing.) Yeah, for sure! It has a lot of heart in it, because of so much personal experience.

JS: What gave you this crazy idea? Walk me through the process here. Like, what happened? Were you sitting there, and you just decided to make a movie about a brother and sister... ahem? How did this happen? (Laughing.)

CP: (Laughing.) No, not at all. I never set out to write an incest movie. I don’t know if anyone has… Maybe.

JS: I don’t think anyone has - not in this category of film, anyway. (Laughing.)

CP: Right, not in this category. (Laughing.) I didn’t set out to tackle that taboo subject. In the beginning stages of writing it, I was focused on just the family dynamic and the relationship between a brother and sister. Slowly as I was writing it, I realized that maybe there’s something more to this relationship. Then it kind of turned into this incest movie, but I never really thought of it as that. I kind of just thought of it as personal discovery and dealing with your emotions in this unconventional way. I never intended to write it, it kind of just happened. Kind of like incest does… I’m just kidding. (Laughing.)

JS: (Laughing.) You’re pretty funny, Christina. I’ll give you that.

JS: So, the films a bit… awkward, but I think that’s what makes it funny.

CP: Yeah, it plays with cringe... it plays with awkwardness, and I kind of built the world around the characters, Lisa and Tony - the brother and sister, as vulgar and at times kind of abusive. The only thing pure about it was Lisa and Tony’s relationship. I also wanted Lisa to be proactive and have agency in this dynamic, rather than it being just a male-dominated process.

JS: Now you and Andrew Dismukes seemed pretty comfortable on film, even with such awkward subject matter. Do you know each other?

CP: Yeah, we’ve known each other for a couple of years now. His girlfriend is one of my best friends. When we cast him, it just made sense. I remember going through the script in a coffee house, indie filming at its best, and having him read through the lines. David (Howe), the director, and I thought it just made sense. He’s one of those kinds of people that are very comfortable and very confident in his comfortability. I think he did such a great job as Tony.

JS: You mentioned David Howe, the director. How did he get involved?

CP: I’ve known David since I was about 17. I’m 26 now so, it’s been a while. We started doing shorts together. We actually lived together during the process of making this movie, which was fun - and also insane. (Laughing.) David is pretty much my north star, if I ever get lost in the process of what I’m doing. He’s a great director and writer.

JS: Would you say that bringing David in made you more comfortable?

CP: Oh yeah, David was the catalyst. I actually gave this script to David and we read it out loud when we were living together. At that time, it was 45 pages, and David recommended that I extend it, because he wanted to know more. Because of that, it turned into a feature-length film instead of a short film. Giving him the role of director was automatic. I wouldn’t have even thought about giving it to someone else.

JS: I didn’t expect the film to be so personable. I expected it to maybe be raucous, raunchy, a bit over the top. So, I was pleasantly surprised there.

JS: It has heart, exactly. I didn’t see that coming.

CP: I guess you don’t see that coming when something’s labeled an incestuous comedy. (Laughing.) I think people will be pleasantly surprised.

JS: So, what’s next for you Christina?

CP: Well, I’m in the process of writing my next feature. I plan to have David (Howe) involved in that, too. I’m doing a stand-up album called Ten Years on Fire, that David (Howe) is working with me on. I guess you get the gist that David and I have a well-adjusted working relationship. I trust him with a lot of the stuff that I do. My next feature is really big and really personal for me. It’s called Stealing Kitty and it’s kind of a thriller and a dark comedy. It’s a bit different than what I did with CALL ME BROTHER. I’ve written about half of it. My process of writing takes a few revisions. I at least do four. I’m on my second. I hope to be in production late next year, but we’ll see.

JS: I’ll keep an eye out for it. You’re pretty funny, so…

CP: Thanks! At least I’m funny and not like, crazy and thinking I’m funny. (Laughing.)

JS: I didn’t say not crazy…

JS: I’m kidding, of course. Christina, thanks so much for the phone call!

CP: Of course! Thank you! 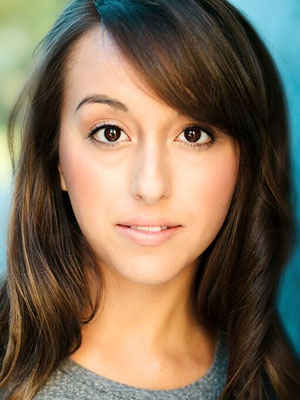 Christina was a riot to chat with! You can check out her film CALL ME BROTHER November 6thin Virtual Cinemas, and you can see some of her stuff at christinaparrish.com!