Hey friends, Barbarella here.  This week has left me feeling a bit brain-dead, but while I’m still functional, I wanted to share my recent conversation with director Brian Skiba.  His latest film THE 2ND, starring Ryan Phillipe, Casper Van Dien, Jack Griffo, and Lexi Simonsen, is now available On Demand and Digital.

How were you approached about directing this project, and what inspired you about the script that made you want do it?

“I was approached by the producers, initially.  Ryan Phillippe was already attached, and I'd done quite a few films for these producers, and they came to me and said, "Hey, we'd like you to direct the film." I met with Ryan, and Ryan and I got along great, and it was meant to be.  As far as the script goes, I really thought the story of a father/son action movie, it's just not been tapped, at least not that I've recently seen.  I thought that was really good.  I felt like this would be a really solid project to helm.” 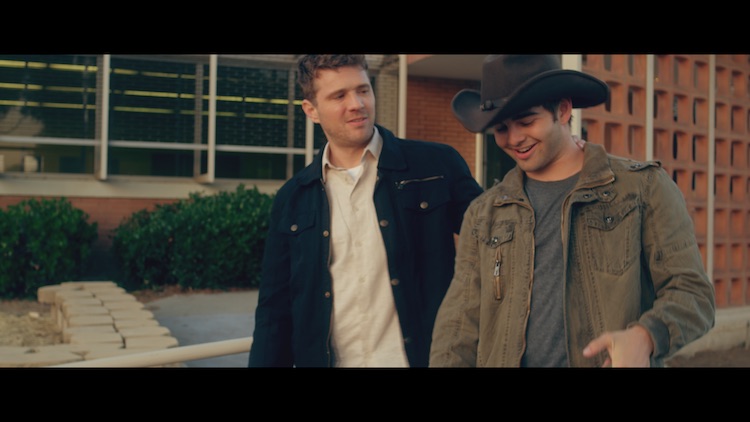 Would you talk a little bit about the process for creating the various fights and stunts and what kind of collaboration occurred when developing them? And did the actors have any input?

“Yeah, we had about three weeks of prep before we started shooting to rehearse the stunts, and I brought in a producer, named Josh Tessier, who's a stunt coordinator for a bunch of Nickelodeon shows.   He brought in his team that he's worked with before, and I've worked with before, and Christopher Troy was our fight choreographer. We had some time to actually spend together, and it was nice to have a little bit of time for us to actually go in the gym and roll around.  I really love jujitsu, and I thought this would be a fun way to kind of mix jujitsu into the fights because you don't see that a lot.

“Troy came up with these great fights that we would just hone and hone and hone, and then once we felt like we had the fights down, we would bring in the actors and teach it to the actors.  The actors had a little bit of say in the fights.  Mainly, they would say, "I don't think I can do that.” (laughs)  For the most part they could do most everything, I mean, Casper and Ryan, they were both fighters.  They both knew what they were doing; they could handle themselves, and they learned the fights right along with the stunt guys.  When we shot it, we would shoot it once all the way through with the actor and then once all the way through with the stunt guys. The takes we ended up using were a lot of the actor takes.  We didn't have to go to the stunt takes because these two guys are really talented. It was a great process.  I love telling a story through fights.”

If Ryan and Casper actually got into a real fight, who do you think would win and why?

(laughs) “Um, I don't know.  Casper's great and so is Ryan, I mean they're, they're both good dudes.  Hopefully, it would never come down to that, I don't think it would, so….”

(laughs) I see you don't want answer that, do you?

Do you adapt your directing style for each actor, and if so, what kind of style or techniques do you use to direct each of your leads in this film?

“Yeah, directing style does switch actor to actor.  Maybe not that precise, but kind of show to show, actor to actor.  With a film like this, it was a lot more action oriented and a lot less performance oriented, you know.  I still went for the performances, especially with Jack and Lexi. I really wanted those performances to sting out because that was our love story.  We wanted people to cheer for them.  Ryan's already solid.  It’s not like you gotta do a whole lotta hands on with him or Casper.  They just do their homework; they show up ready to go.  It’s really nice having those guys on board.

“In this one, I was definitely more focused on just capturing the action in a way that harkens back to when I was child in the '90s watching great movies, DIE HARD and stuff like that.  That's more where my focus went, to make sure the action was just solid.”

Sometimes, I dream about work.  Do you ever have dreams or nightmares about things happening during production? If so, would you share a little bit about that?

What scene or moment in THE 2ND are you most proud of and why?

“I think from an acting standpoint, the scene where Jack Griffo talks about his mom is one of the most poignant scenes in the movie.  Lexi gave him so much, and he was able to actually put it all out there and give us an outstanding performance.  I felt like that was a great scene, as far as performance goes. 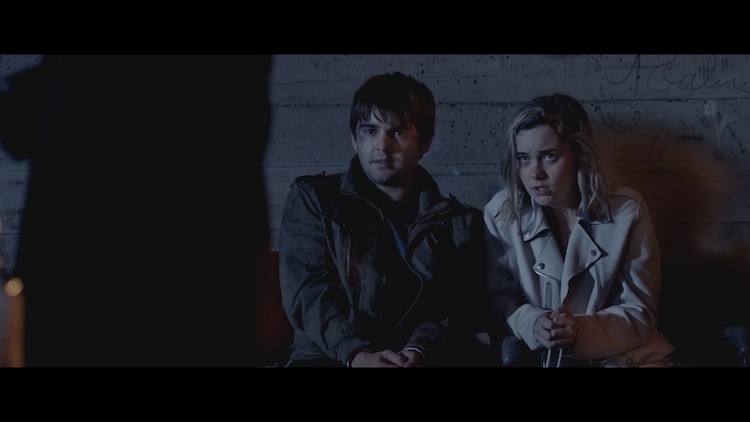 “As far as action goes, I feel like we had so many really good fights, but the Casper Van Dien and Ryan Phillippe fight was probably one of the best.  I mean, it's just on. The way we choreographed it, it tells the story between the two.  They’re both warriors; they both come from the same thread.  If these guys were to meet in a different circumstance, they would actually be teammates or work together, but because of circumstance, they now have to fight.  That's a real thing, I think.  When you get into these types of characters – people in the Delta Force and Black Ops community – you don't know who you can trust and who's gonna be your enemy one day and your friend the next.”

If you had to quarantine with one of the cast members who would you want it to be and why?

(laughs)  “That's a funny question.  Who would I wanna quarantine with? Probably Casper.  He and I get along great.  This is our second film.  We have a lot of fun; we're always joking around.  He really is as you see him.   That’s the type of guy he is.  He's all heart and just a really good dude.” 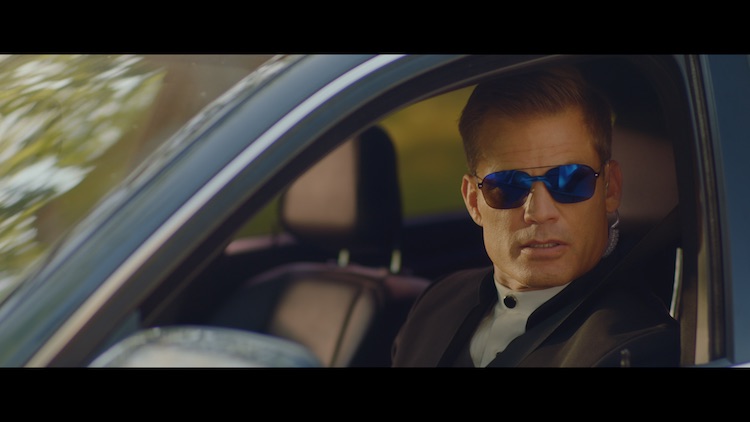 “Uh... I've done all sorts of crazy stuff.  (laughs) In the name of art?  We had an actress once that had to do an implied nudity [scene], but she wanted everybody else in their underwear too.  So we all stripped down to our underwear. That was probably one of the craziest things.”

How do you think cast and crew would describe you?

“I think they would describe me as a pretty mild-mannered director that just kind of guides the ship.  I'm not a micromanager, but I expect the best out of everybody.  I expect everybody to bring their A game, and I try to inspire as opposed to tear down.  I'm not a screamer, by any circumstance.  It's more trying to inspire your crew to perform greatness and give it their all, rather than push 'em into it.  I don't think pushing ever works.”

Do you ever keep any souvenirs from your film shoots?

What'd you keep from this one?

“I kept a bunch of things.  I have some of the weapons we used in it, some of the knives that we used, and some of the blank-firing guns.” 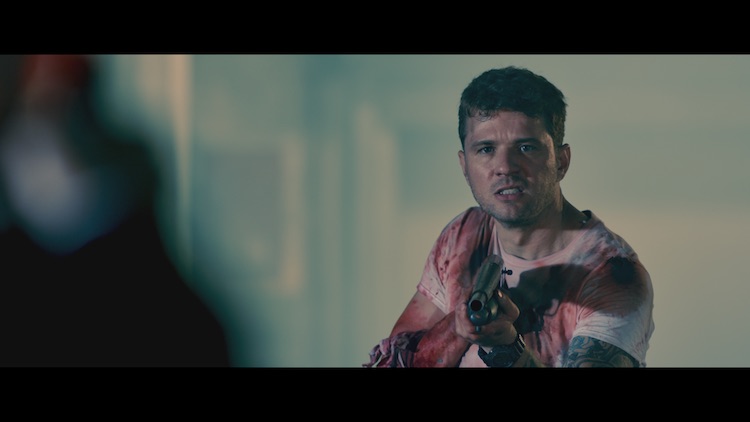 Have you gone through any kind of weapons training to direct these types of scenes?

“Yeah I have.  When I was a young man, I was gonna join the Marines, actually, and I did a bunch of their stuff, then I found out you can't join with a screw in your ankle.  I had played football all the way to my freshman year of college and had to get my ankle screwed together, and they said that I can't join with that.  So I ended up joining a professional paintball team, and we would play paintball.  One of our teammates was a SEAL team member, and he had come up with a lot of ways to fight in close quarters.  Then the military ended up hiring us to actually go to Virginia when one of the wars broke out, and we would teach the Marines close-quarter combat and started filming it, and we made a class out of it, and then they gave us some sort of medal for it.  It was pretty cool.”

“So yeah, I spent probably a good year and a half just training, doing that, learning, and then I've got multiple family members in the force, also.  If I need anything, I call them, and they fill me in.

If they made a movie about your life, who would you want play you?

“I don't know, he's funny.  A lot of people say I look like Zach, I've got the beard.  We've got kind of the same demeanor, you know.  It's kind of that serious funny.  People will probably tell you they don't know when I'm joking or not 'cause I definitely got that dry humor.  You can't take the world too seriously, especially these days, you know?”

Right.  Did the film have a wrap party, and if so, what was it like?

“Did we have a wrap party?  We didn't ever do an official, huge thing. The film got pushed a couple of times, and so when we actually shot it, Ryan had to push his family vacation back by a couple of days. His family was already on their vacation, so the minute we wrapped, he went and jumped on an airplane and flew back to Delaware to be with his family.  Then Casper had to run out to – I don't remember where he was shooting, I think it was Louisiana or something.  He was finishing a show there so he was gone pretty quick after we wrapped him. I mean, I think we did a little thing at a bar with the crew and stuff, but we didn't do anything crazy, it was definitely not TROPIC THUNDER.  That's for sure.”

What’s the longest you've gone without sleep, and was it while making a movie?

“Three days, I think, is the longest I've gone.”

“About seventy-some hours, and yeah. It was a film, called ROTTENTAIL, that I was doing in Phoenix.  I was producing and directing, and we were filming way out on the edge of Phoenix.  At the time, I had a home in Phoenix, so I was commuting, and the commute was three hours or two hours, and so I just basically didn't sleep.  On the third day, I knew I was in trouble when I woke up behind the wheel, parked on the side of the road, and I didn't know how I got there.  Then, I was like, "All right, I gotta sleep."

Sleep sounds like something I should do in the not too distant future.  Check out the trailer for THE 2ND, which is now available On Digital and On Demand.