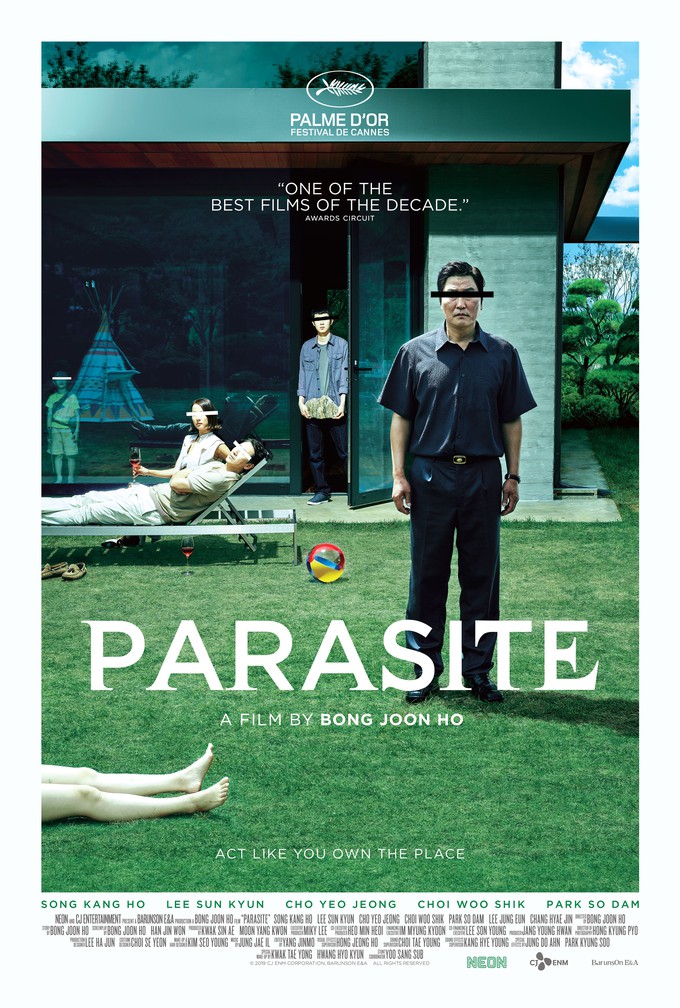 Now that we've seen Tarantino's incredible ONCE UPON A TIME IN HOLLYWOOD, we're still waiting to see the film that Bong Joon Ho directed that beat it for the Palm D'or at the Cannes Film Festival this year. The trailer is an invitation to a magif trick of a movie, it claims.   I don't know about you, but I really want to know next to nothing about Bong Joon Ho's PARASITE.  That it beat Tarantino's stunning film has my curiousity running over.  Here check the trailer out:

Isn't it curious?  Bong Joon Ho's MEMORIES OF MURDER, THE HOST, MOTHER, SNOWPIERCER and most recently OKJA on Netflix have all been excellent films.  We finally get to see this film on October 11th.