Will Bill Condon & Sir Ian McKellen's THE GOOD LIAR be the charm? 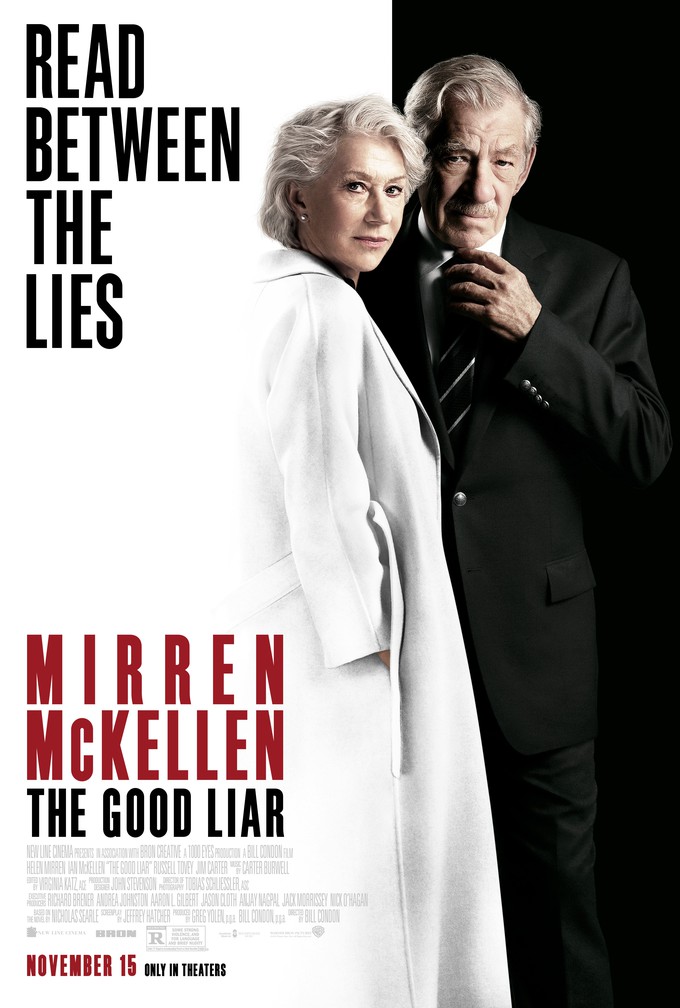 This looks like one of those small great Bill Condon films.  You know him from CANDYMAN 2: FAREWELL TO THE FLESH.  No? Oh, you know him from his Academy Award winning adaptation of CHICAGO he scripted or his DREAMGIRLS or the last two TWILIGHT: BREAKING DAWN parts.  Like Guillermo Del Toro, Bill Condon has another side.  The films he makes for him.  His soul.  Those films are GODS & MONSTERS, KINSEY and MR. HOLMES.   Two of the three star Sir Ian McKellen.  Will placing him in this deceptive romance with Dame Helen Mirren result in awards fireworks?  Take a look at the trailer:

My favorite thing about his trailer was seeing Carson from DOWTON ABBEY in it! Jim Carter is the heart of that show for everyone I know.  The film looks quite compelling.  It comes out opposite Banks' CHARLIE'S ANGELS.  Which would you rather see?