THE MANDALORIAN Is Here, and It Is GLORIOUS 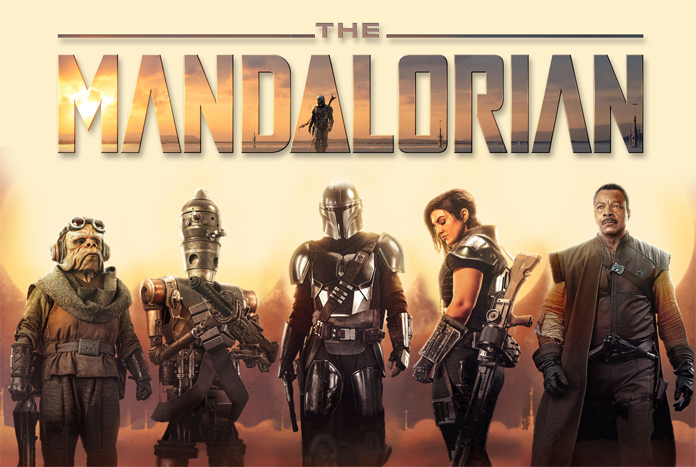 Color me blown away.

A long time ago, in this galaxy, in the mid -1970's, George Lucas created Boba Fett, and thus began the evolution of the Mandalorian mythos. One of the things described in creating the character by actor Jeremy Bulloch was that he was supposed to be a riff on Clint Eastwood's legendary character, The Man With No Name, from the FISTFUL OF DOLLARS film series. This series, and character, THE MANDALORIAN, takes that to its logical, perfectly executed end... this show is almost a completely pure example of the Spaghetti Western, and it WORKS. The pacing, framing of the shots, lighting, score... every aspect of this first episode felt like it was both, somehow, peak Star Wars AND a finely-crafted addition to the Spaghetti Western genre.

The character is established right away in perfect old-school gunslinger film fashion: he turns up in a small settlement, walks into a saloon, and promptly makes short work of a couple of outlaws before collecting his target and leaving. That's as much as I want to spoil as far as details of the episode, but suffice it to say that I can find no flaw with this show, or at least with the pilot. The cinematography, as previously stated, is gorgeously reminiscent of old westerns, and serves the story and overall theme very well. The costuming, special effects, and set design are easily on par with anything we've seen in the feature films... absolutely theatrical. You don't really get a taste of Ludwig Goransson's score until the establishing scene in the bar is concluded, and when it hits, WOW... I spent a good chunk of my early childhood sitting on the couch with my grandfather watching westerns, and this music could have come from any of them. It really is just beautiful.

While THE MANDALORIAN himself is BRILLIANTLY (he has to act using only body language and tone of voice) portrayed by Pedro Pascal (GAME OF THRONES' Prince Oberyn Martell), the supporting cast is just incredible. Even the cameos are awesome. The blue alien in the opening scenes is played by SNL alum Horatio Sanz, quickly followed in appearance by the speeder pilot played by Brian Posehn. Carl Weathers (Apollo Creed from the ROCKY films) plays Greef Karga, the Guild agent who presents bounties to our hunter. Later in the episode, our protagonist is befriended by Kuiil, a grizzled old Ughnaut, played by Nick Nolte (voice only). Legendary filmmaker Werner Herzog plays the client who hires The Mandalorian for his big mission, and he just steals the screen with his cool, calculated presence. On his final bounty in the episode (and, presumably, the setup for the rest of the series) The Mandalorian is joined by bounty droid IG-11, hilariously voiced by Taika Waititi (THOR: RAGNAROK, WHAT WE DO IN THE SHADOWS), and WOW, WAS IT EVER WORTH WAITING 40 YEARS TO SEE AN IG UNIT IN COMBAT... holy hell this thing was awesome to watch! 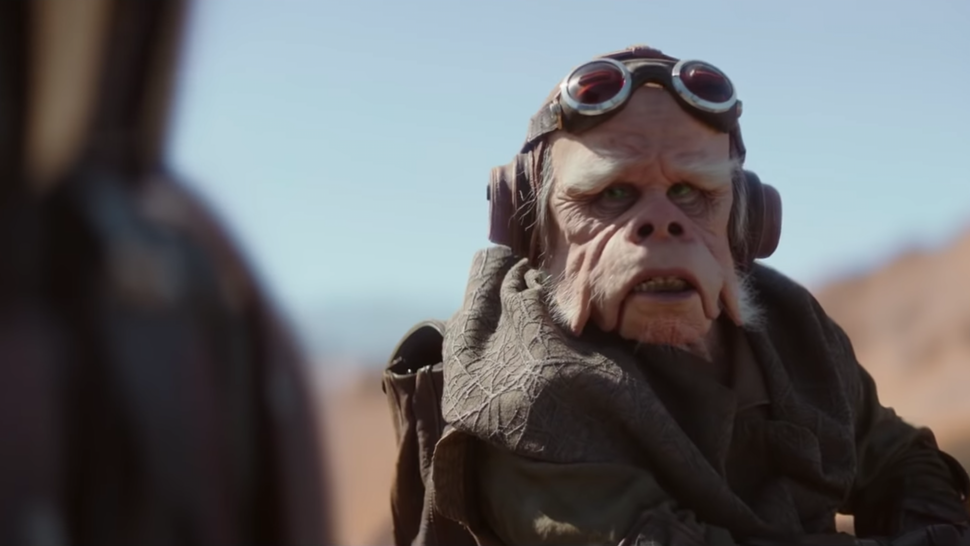 The final scene reveals possibly the cutest thing to ever grace the screen of a STAR WARS property, EVER, and does so in a way that doesn't feel forced (I'm looking at you, everything from 1997-2006).   If you haven't seen this episode, GET ON THAT. You won't regret it.

That's it for now, so until next time,
Keep it geek, and MAY THE FORCE BE WITH YOU.
I have spoken.