Hey everyone!  Barbarella here to ponder why a film called BEHIND YOU doesn’t have all that many scenes where someone or something is actually behind anyone.  Maybe I just anticipated there’d be more because the title set me up with that expectation.  I get that picking a name for your creative baby is harder than naming a real baby because there are baby name books that offer suggestions for one’s human offspring. Those birthing creative offspring have no such resource.  Even so, a film’s name should suit the story, and BEHIND YOU feels more like click-bait than a genuine title for this film, which is about two siblings sent to live temporarily with their seemingly unhinged aunt in a house where an evil presence resides. 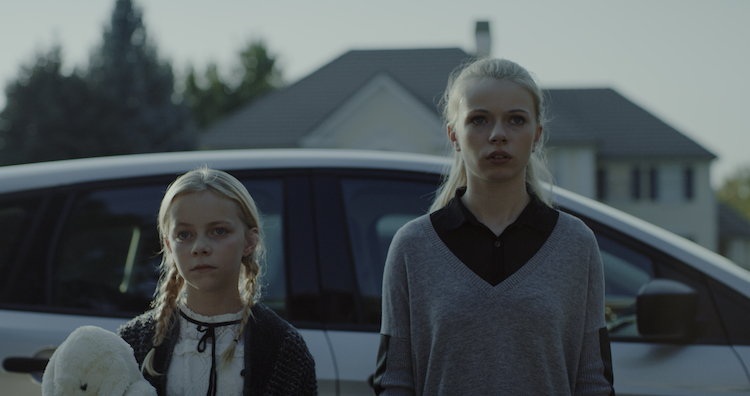 Despite taking issue with the title, I still appreciate much in this introduction to Andrew Mecham and Matthew Whedon’s directorial stylings.  Although the latter is Joss Whedon’s (AVENGERS, BUFFY THE VAMPIRE SLAYER) brother, the pair had an ultra-low budget and have demonstrated impressive skill at creating a visually rich film that, in ways, rivals some big-budget endeavors.  Learning about the limitations on the production, I admire their accomplishments, and I am eager to see what they assemble down the road with more time and money.

The project began with a minimal budget, a huge house with white walls in Provo, Utah, and a screenplay in dire need of a rewrite.  Days before shooting began, major revisions were made to the screenplay, which likely upped the ante. The production also had a mere fourteen days to shoot.  This led to abandoning chunks of the script in order to complete the project.  I theorize that the limited time may have attributed to the fast-paced flow of the film.  It moves quickly and although it could have been more robust in areas, it still covers all essential information. I wonder how different a film we would have gotten if time and money allowed the film to be shot in its entirety.

Aside from changes to the script, another adjustment that needed to be made involved the crew.  Apparently, the film’s initial production designer took one look at the house and quit, likely intimidated by the vast amount of space that needed to be filled.  Luckily, Production Designer Justin Partridge and Art Director Lauren Spalding stepped in and transformed the unadorned environment into a rich atmosphere in which the story could unfold.  I love the house’s look, and understanding the challenges of creating a powerful ambiance within an ultra-low budget makes me love it even more.  Cinematographer Benjamin Allred makes good use of the space, as well.

Unfortunately, as a horror fan, I don’t find it scary.  Too many moments that are supposed to be shocking or unnerving aren’t divergent enough from the many other horror films any aficionado of the genre has seen. Perhaps, BEHIND YOU may be a good introduction to horror for those new to it, as the film is relatively tame.  There’s not a jump scare every four minutes, gobs of gore filling the screen, or a ton of truly annoying feedback to heighten the horror.  On an aside, can filmmakers please stop using so much feedback as a horror effect?  It causes hearing loss.  Thank you.  Even though BEHIND YOU doesn’t creep me out at all, that doesn’t mean it wouldn’t be creepy to some.  I’ve seen almost everything, and it takes a lot to get under my skin in any way.  The last horror film I watched that elevated my heartbeat slightly was Argentine film, TERRIFIED.   It threw everything, including the kitchen sink, at me.  (If you’re curious, I believe it’s still available on Shudder.)  Although BEHIND YOU doesn’t have that same sense of unease, I appreciate many elements, including its use of practical effects.  I always find it refreshing when CGI isn't the go-to. 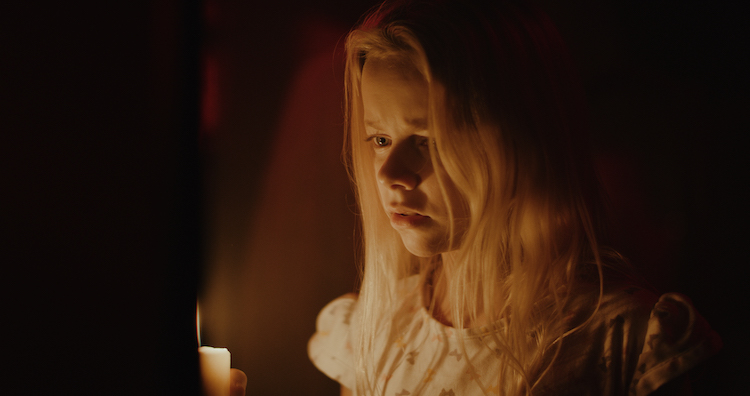 In addition to the ambience and some interesting ideas in the story, the two young actors’ performances impress me. Claire seems a complicated role for someone so young to undertake, yet Elizabeth Birkner (The Outpost) rises to the challenge.  At the age of ten, she makes her feature film debut in BEHIND YOU, and carries some of the more captivating moments of the film.  She lends some creepiness that may not have been present otherwise.

Portraying her older sister, Olivia, is Addy Miller.   Fans of AMC’s The Walking Dead might be surprised to realize that Addy Miller appeared as the show’s very first zombie.  Although she is young, she already has a respectable resumé, and I expect to see many more great performances from her.  From both of them, actually.

BEHIND YOU is available on Apple TV and may be accessed via the below link. 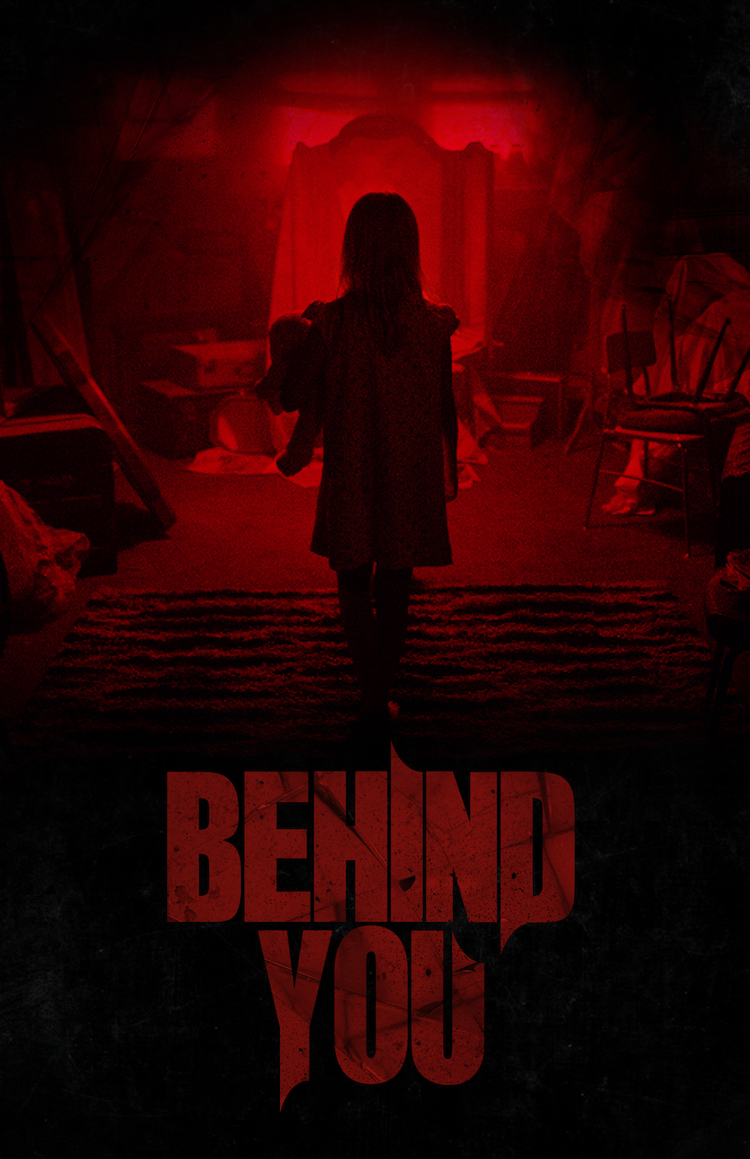