Why it's Great: BATMAN: MASK OF THE PHANTASM 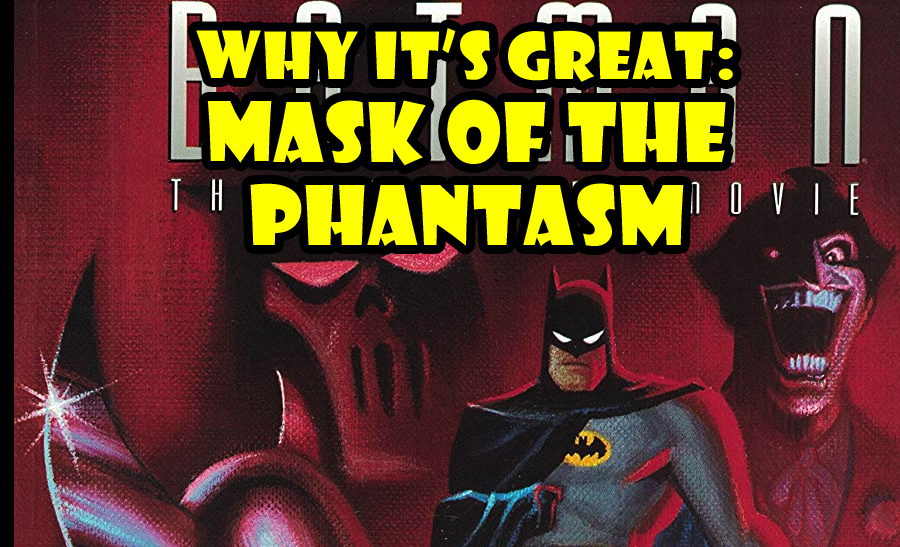 Hey gang, Masked Man here with a question? What made BATMAN: MASK OF THE PHANTASM so great? True- but did you know that it came from a comicbook!? To start with, the story behind the movie is pretty interesting. In 1992, Warner Bros started toying around with direct-to-video animated movies. TINY TOONS: HOW I SPENT MY SUMMER VACATION was the first one and BATMAN: MASK OF THE PHANTASM was to be the second. But the higher ups were so impressed with the film, they decided to release it in theaters first. Making it Warner Bros first animated feature- if you can believe it (not counting the Loony Tunes clip films)! And while critics (and the people who actually saw it) loved it, Warner Bros really dropped the ball promoting the film, and it only made about 5 million off it's 8 million budget (sadly starting a trend of Warner Bros turningawesome animated films into box office flops (CATS DON'T DANCE, THE IRON GIANT, THE POWERPUFF GIRLS MOVIE)).

But getting back to my specific topic, no one seems to remember the little comicbook by Mike Barr, Alan Davis and Todd McFarlane that BATMAN: MASK OF THE PHANTASM is based on. True it's not a direct adaption. Phantasm writer (the great) Alan Burnett was looking to write an 'original' Batman origin, not just a comicbook adaption. So he took all the best parts of BATMAN YEAR TWO to craft BATMAN: MASK OF THE PHANTASM. Check out the video to learn more and by all means, read the comicbook too!