Barbarella Reviews SKIN IN THE GAME! 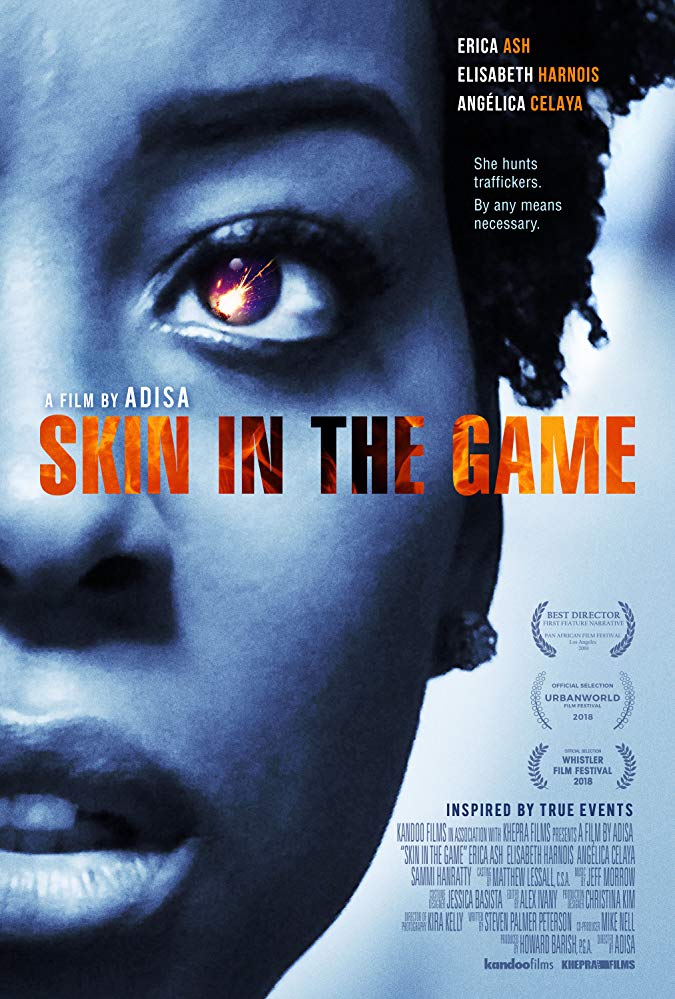 Hey y’all.  Barbarella here to introduce you to filmmaker Adisa’s work.  Firsts can often be a challenge, and it’s exciting to see a film that shows so much promise for a rising voice in cinema.  While I take issue with some of the writing, I like plenty of what Adisa does with his debut feature film, SKIN IN THE GAME.  Before I begin discussing my thoughts on the film, I should warn you that I do so in a semi-spoilery way.  I don’t give away any surprises, but I do talk about a few things characters say and do, so I thought I’d warn you before you jump right in.

When fifteen-year-old Dani (Sammi Hanratty) gets abducted from her suburban neighborhood, she becomes immersed in the horrific world of sex trafficking.  To help locate her missing daughter, Sharon (Elisabeth Harnois) seeks help from Lena (Erica Ash), a former prostitute who spends her time helping girls escape the life.

SKIN IN THE GAME covers a few different stories: Lena and Sharon’s relationship and past, Dani’s situation and the search to find her, and Violet’s story.  Violet (Stefanée Martin) feels more developed than almost any other character, and her story proves the most compelling in the film.  I actually would have preferred a whole movie dedicated to her, as almost every scene with her draws me in deeper.

Both direction and cinematography prove successful, but the writing hits some snags.  Some moments feel poignant and demonstrate Adisa and Writer Steven Palmer Peterson’s talent, but others feel too contrived.  Certain events occur that clearly are meant to move the film in a particular direction, but that simply don’t make sense.  For instance, Dani goes missing after she’s been chatting online with an older boy.  Lena claims that it feels like some “street shit.”  How does she make that leap?  The chats didn’t include street slang or mention anything that would indicate that it had anything to do with the streets.  I mean, agreeing to meet up at a mall doesn’t sound “street” to me.  Maybe I’m out of touch, but more likely the comment doesn’t make sense and it was only used as an impetus to get her to reach out to her past connections.  It just feels so contrived and unbelievable that it takes me out of the moment. 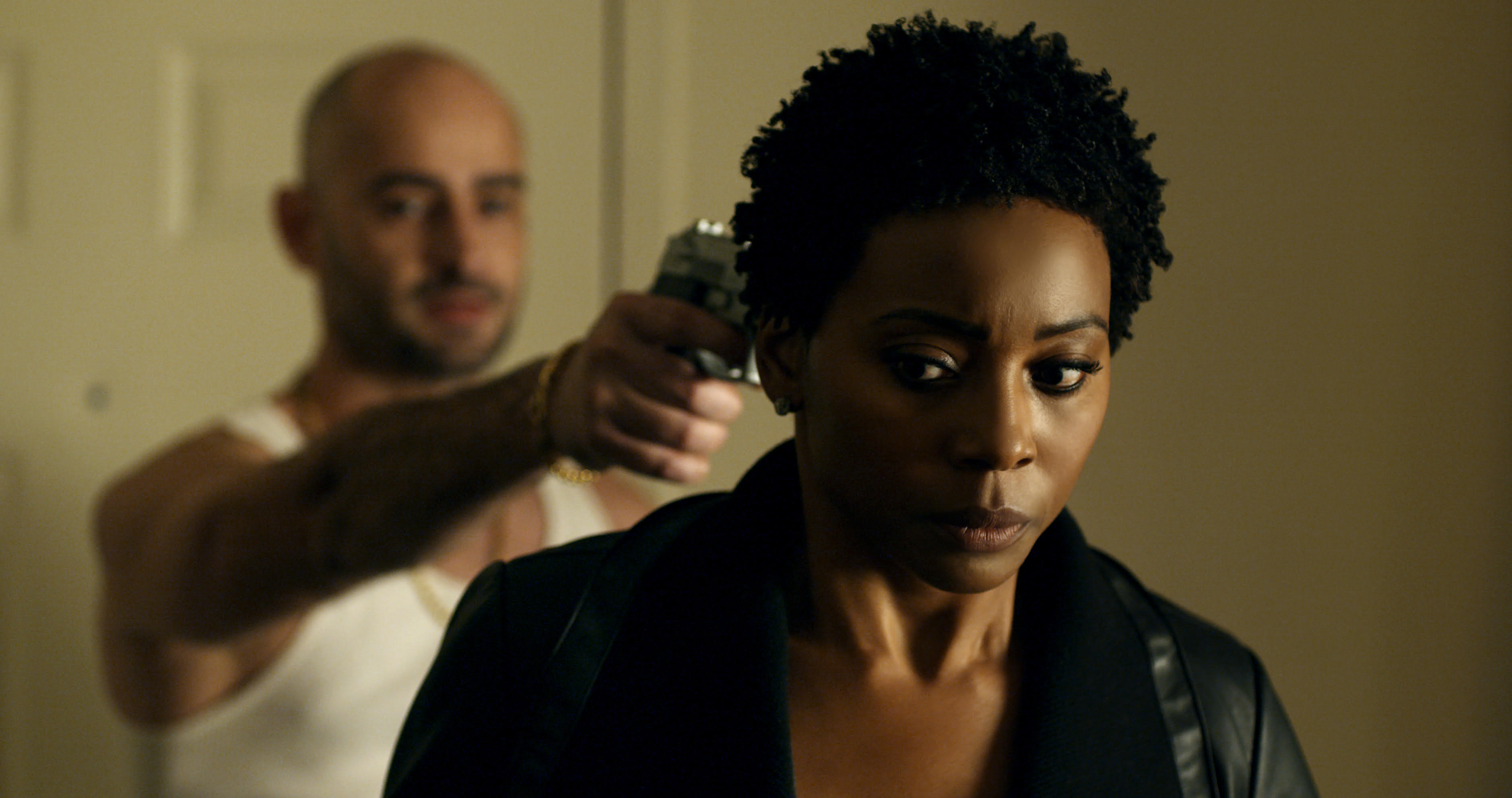 Another example of this is how a presumably super-smart teenager would leave the house with her laptop on the bed, turned on, and opened to the last chat she had with the boy with whom she’s having a secret relationship.  She’s hiding this from her mom, so why on earth would she leave it so that her mom could just walk into her bedroom and immediately see the conversation?  Even kids who aren’t in honor classes know to password protect or hide certain things they don’t want a parent, or anyone else, to see.  Dani should have been too smart to do this.  The writing could have achieved the same result in so many other, more believable ways.

The writing designed to move the story forward without considering doing so in a logical way isn’t the only issue I have with it.   Some of the villains come across entirely too clichéd.  We get it.  Pimps and sex-traffickers are bad people, but they don’t have to be two-dimensional or 100% predictable.  Also, certain actions made by some of the other supporting characters feel too random.  Perhaps having some backstory or context to explain why they would say or act a particular way could have helped.  I’m also not sure why filmmakers cannot seem to escape promoting certain stereotypes.  It’s disheartening to see a film where white girls are kidnapped and forced into sex trades but black girls are choosing the life because they love their pimps, or their pimps buy them things and take them to get their nails done.  It just feels weird that we live in a world where films still seem to promote the idea that white girls are somehow more innocent than non-white girls. 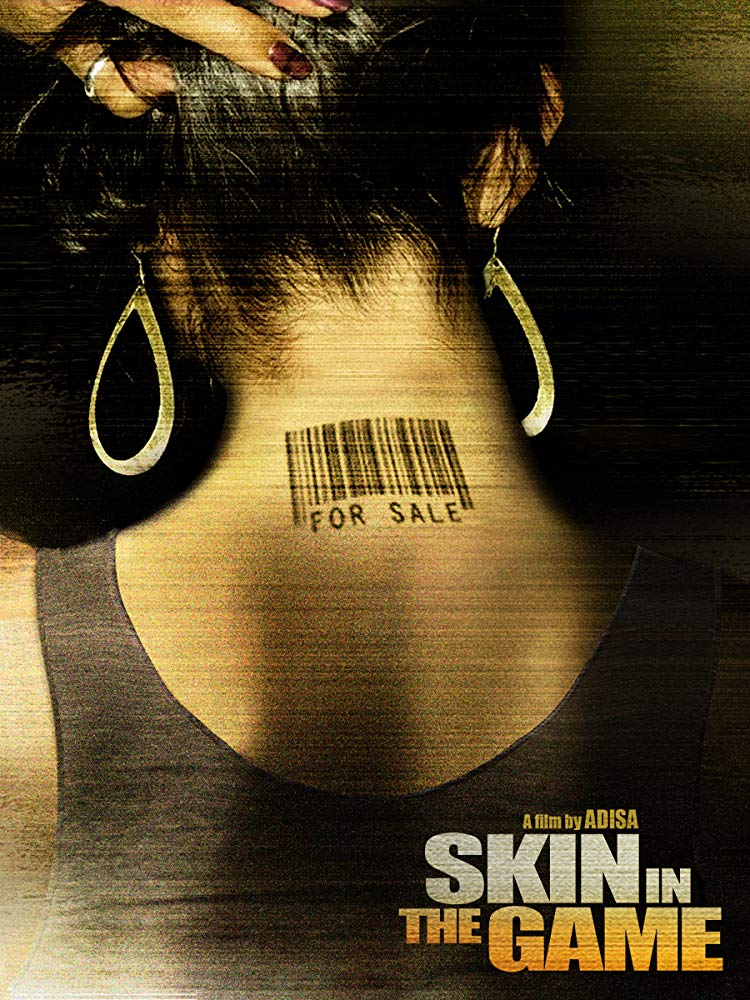 SKIN IN THE GAME has some nice elements and poignant moments (mostly involving Violet), and it does take some risks.  I appreciate a lot of the choices Adisa makes here, and I’m looking forward to seeing his next project.  I just wish some of the key characters didn’t say and do things that didn’t make sense, and that some of the supporting characters weren’t so clichéd, stereotypical, or predictable.