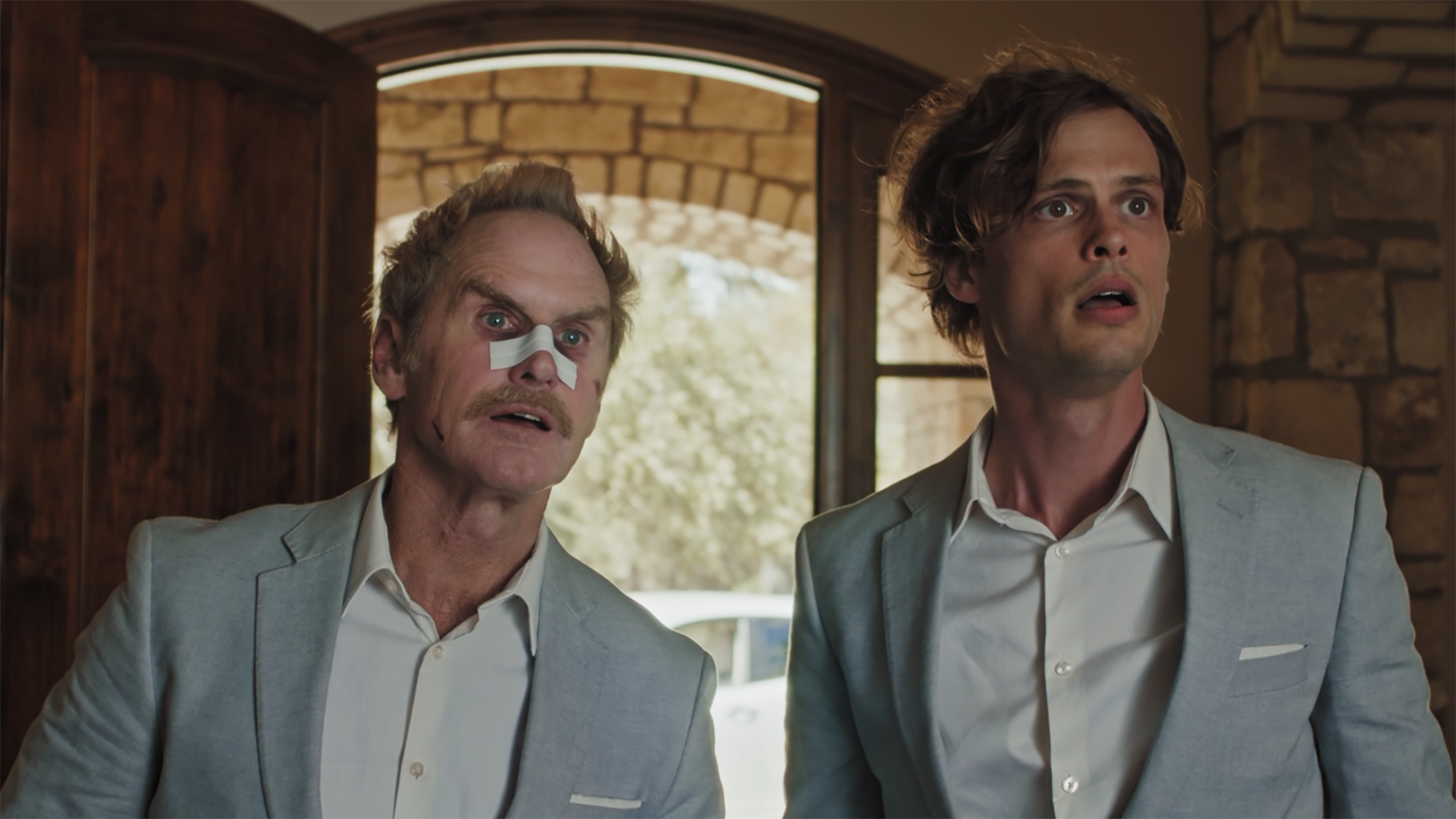 Hey y’all.  Barbarella here avoiding the blazing heat and staying indoors to tell you about Derek Sieg’s independent film that was shot right here in Austin, Texas.  I’m not normally a fan of cute movies, and HOT AIR is definitely a cute movie, but it also carries some quirkiness that makes it far more charming than most attempts at this type of story.  It’s considered a romantic comedy, but I think that somewhat misses the mark.  Sure, there’s a love interest, but the real story is between Major, a father-figure type, and a younger man, Lesley, who still has some things to figure out.  The two meet at Lesley’s dad’s gravesite and form an unusual friendship that impacts them both in meaningful ways.

Please do not confuse this film with the more recently released one by the same title, starring Steve Coogan as a talk show host.  Rather, this HOT AIR stars Jere Burns, whom you most likely will recognize if you watch much television.  He’s had appearances on a variety of shows, but most may recognize him from Justified, Breaking Bad, and/or Burn Notice.   Another popular face from television, Matthew Gray Gubler (Criminal Mind’s Dr. Spencer Reid), plays the younger man who’s doing a lot with his life, but hasn’t figured out how to effectively navigate certain areas.  For example, he’s fallen in love with an employee of his, portrayed by Shuyler Fisk (Orange County, Snow Day).  Workplace relationships are generally problematic, but this one is extra troublesome because she’s engaged to a local politician.

Derek Sieg, a University of Texas alum (Hook ‘em Horns) knew Austin would be a great setting for the quirky characters, and because it fit in with particular plot points, choosing to film here was a no-brainer.  It seems fitting that almost every character is just a little weird in one way or another.  That’s part of the city’s charm.  I love the oddball characters like the Aviator, played by Gary Cole, whom I still imagine saying “Greeeaaat” from his portrayal of Bill Lumbergh in Mike Judge’s cult classic OFFICE SPACE.  However, in this film, he randomly pops up and imparts nuggets of wisdom, reminding me far more of Chevy Chase’s Ty Webb in CADDYSHACK.

While I enjoy a lot from this film written by Jeremy M. Goldstein and Derek Sieg, it’s not perfect.  My biggest issues with HOT AIR have to do with the smallest things.  Investigators searching a room and touching everything without wearing gloves seems like a stupid thing to bother a viewer, yet it bothers me.  There are enough crime procedurals out there that everyone should know you need to have on gloves when conducting a search.  Also, Summer’s friends don’t seem like the type of people Summer would know or with whom she’d spend any time.  You don’t need to be a bimbo to be a bad influence.  Lots of realtors and professional women go out drinking in Austin, too, and I would’ve been more inclined to believe that a politician’s fiancé would associate with someone a little classier than the bar girls she introduced as her friends.  Like I said, small things.

My favorite aspect of this film is its treatment of mental illness.  Where most films don’t broach the subject unless it’s a major plot point or there’s a dangerous psychopath in the film, HOT AIR takes a more normalizing approach.  I believe most people struggling with mental health issues are not (or at least should not be) defined by those issues.  They must deal with them, and sometimes those feelings and issues can overwhelm them, but often they are subtle or hidden parts of one’s personality.  I applaud the filmmakers’ choices regarding how they portrayed mental health struggles as a component of a person and not a definition of one.  It makes the film more meaningful and works very effectively in the context of the story.

As I said before, HOT AIR is a cute film, but it’s a cute film with wider appeal due to its eccentric characters and different approach to the topics it addresses.  It’s currently available on Amazon and DVD, so if it sounds like something you’d like, definitely check it out.