Barbarella’s View On DESOLATE Plus An Exclusive Clip! 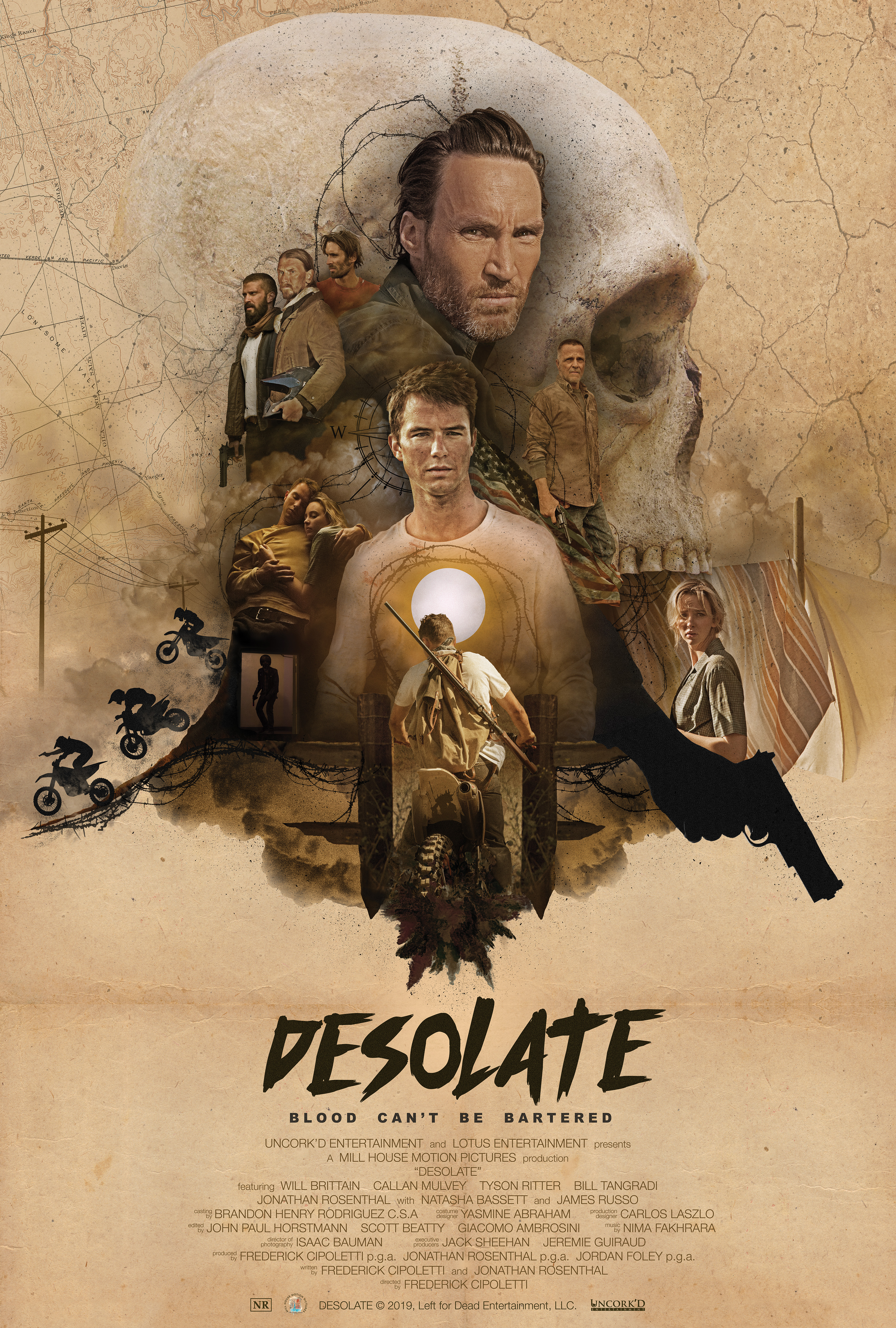 While trying to survive the worst drought in history, a family of farmers force their youngest brother down a path of destruction in Frederick Cipoletti’s DESOLATE.  Cowritten with Jonathan Rosenthal, the beautifully constructed storyline will leave you thirsting for more; just don’t spend too much time wondering how we got here.

Almost every frame of DESOLATE seemingly squeezes moisture out of the air, remarkably capturing the arid environment in which the brothers find themselves.  At times reminiscent of the Coen Brother’s BLOOD SIMPLE, the cinematography completely immerses the viewer in this world while the story proves gripping.

Aside from the immersive cinematography and the captivating storyline, I love other aspects of this film.  The casting couldn’t have been more perfect, and for the most part, the performances prove utterly engrossing.  Although he looks familiar, Tyson Ritter so completely becomes Ned that I don’t even catch he is also Humperdoo from AMC’s “Preacher” until well after the film when I decide to figure out from where I know him.  Even Bill Tangradi escapes his TWILIGHT past and gives a nuanced performance of a brother caught in undesirable circumstances.  For me, he’s the most likable character in the film, although he’s not necessarily the one for whom you cheer.  Australian actor, Callan Mulvey as Van reminds me of the kind of guy you might encounter on a dating site.  He’s probably bad news, but seems like he could be one of the good ones, and you just never can be sure, so why not take a chance?  Lead Will Brittain has the most screen-time portraying the character, Billy.  He manages to brood and then brood some more as the brother forced into circumstances in which he definitely does not want to be.   With a James Dean-esque kind of way about him, he navigates the bitter world in which he finds himself as he heads down a path of revenge and discovery.

While I love these things, I’m puzzled by the whole premise.  I’m just not sure how this world really evolved.  We are told, there’s a drought, the worst drought in history, yet that doesn’t really explain why that would cause such an increased demand in sex trafficking.    I mean, if there’s limited water, wouldn’t people be too thirsty to have sex?  And what about after sex?  You’re pretty much always thirsty afterwards, and you desperately need some cold water to rehydrate, so who wants to have sex when there’s not enough water around?

But that isn’t the only aspect of the story that doesn’t make sense to me.  Early in the film, the brothers don’t seem particularly close.  I get that just because you’re related doesn’t mean you have an amazing bond or anything, but at the same time, these guys seem to either loathe poor Billy or are completely indifferent to his plight.  In general, the family never seems particularly close, and that’s in contrast to the idea of why they do what they do.  It feels almost as if a scene had been left on the cutting-room floor that could’ve shed more light on the family dynamic.  I mean, what’s Ned’s deal anyway?

These are minor issues, and don’t really detract from my overall enjoyment of the film, and I’m not alone.  DESOLATE won the audience award at the Mammoth Film Festival, with Frederik Cipoletti winning best director for it.  (http://www.jeanbooknerd.com/2018/02/inaugural-mammoth-film-festival-winners.html)

The family crime thriller releases July 12 on multiple digital platforms, as well as in select theaters.   Just make sure you have something to drink when you watch it.

Check out this exclusive clip from the film.

Just writing about this film makes me thirsty.  I need a drink.  Barbarella out!