Barbarella Basks in the Afterglow of BLINDED BY THE LIGHT! 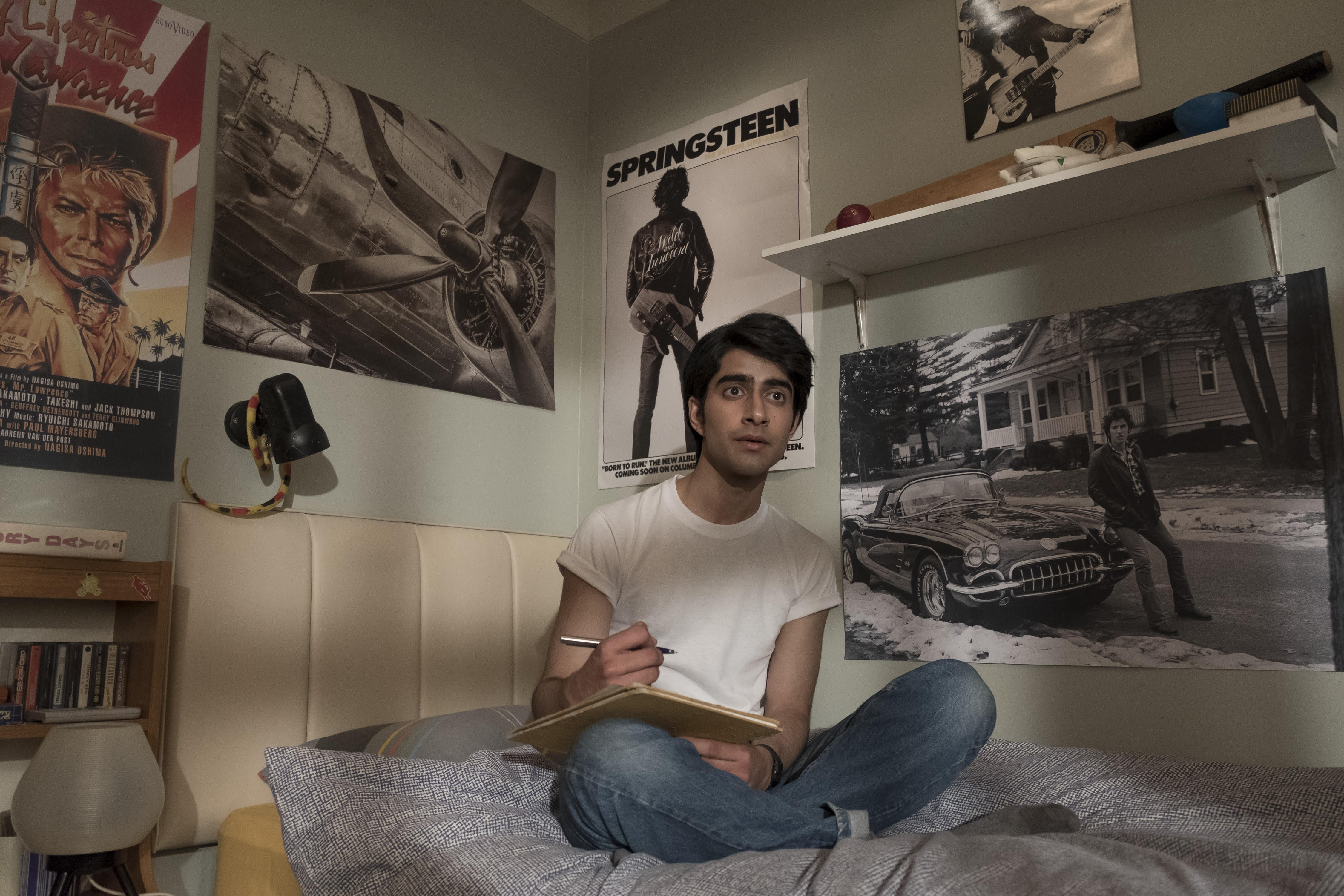 Howdy from Texas!  Barbarella here realizing, after seeing the energetic and uplifting film, BLINDED BY THE LIGHT, that I don’t own enough Bruce Springsteen music.  As someone who sometimes finds more meaning in a song than a conversation, I love not only what this film communicates, but also how it does it.

After the box office successes of BOHEMIAN RHAPSODY and ROCKETMAN, cynics may figure this is just another film trying to capitalize on the current appeal of music-themed cinema.    Perhaps they’re right about the motives, but this is not just another film involving a successful music icon.  While Springsteen’s music is front and center throughout, it’s not about him.  Rather, it’s the story of a young British Pakistani boy, Javed, living in a small town on the outskirts of London.  He wants to be a writer, but his father wants him to plot a more lucrative career path.  While conflicts regarding these matters between kids and parents aren’t unique in film, the way BLINDED BY THE LIGHT connects music to Javed’s story is.

Viveik Kalra gives a touching performance as the adolescent trying to make sense of a world full of racism and limited opportunities.  He melts my heart in scenes that some may find sappy, but for whatever reason, I don’t.  I’m normally the first to roll my eyes at cheesy moments, but something about this young man’s performance keeps my eyes glued to the screen.  Kulvinder Ghir (Bob The Builder, Beecham House) plays the father struggling to provide for his family at a time when cultures clash and unemployment soars.

BLINDED BY THE LIGHT tells the true story of Safraz Manzoor, a writer who gained the momentum to chase his dreams after finding meaning in Bruce Springsteen’s music.  The film, Gurinder Chadha’s best since BEND IT LIKE BECKHAM, utilizes both pop songs popular at the time and Springsteen’s music to accentuate the conflicts and emotions.  The sharp contrast between the heavily synthesized, polished sounds of pop and Springsteen’s rougher, more raw sounds demonstrates the clear divide between the town’s sensibilities and Javed’s.  Here he is an outsider, and we feel his struggle because the music so clearly reflects it.

For those who hate Bruce Springsteen, this may be difficult to watch because his music permeates most of the film, its lyrics even dancing on the screen at times.  Also, as Javed’s new obsession, Bruce’s name gets mentioned so frequently, a drinking game requiring one to drink every time it’s heard would likely land that person in the hospital with alcohol poisoning.  But, come on, people don’t hate Bruce Springsteen.   His songs speak to the heart after all.  As long as someone has one, there should at least be room for tolerance.

At times the film gets a bit silly, but that serves to balance out those moments that carry more emotional weight.   The heavy scenes cause some pain to my heart, but BLINDED BY THE LIGHT brings me so much joy, I feel energized as we leave the theater.  It also eloquently captures the relationship between song and soul, and exhibits the profound impact that music can have on a person. In doing this, it becomes not just a story of a wannabe writer, or a teenager figuring out his place in the world, or a family struggling to make ends meet.  It becomes an acknowledgement to the craft itself and to all those musicians behind it.  This film may focus on one boy connecting with Springsteen, but it acknowledges that it’s okay to connect with whatever kind of music speaks to you.  This is a film for anyone who’s ever found deeper meaning in music, no matter what kind it is.