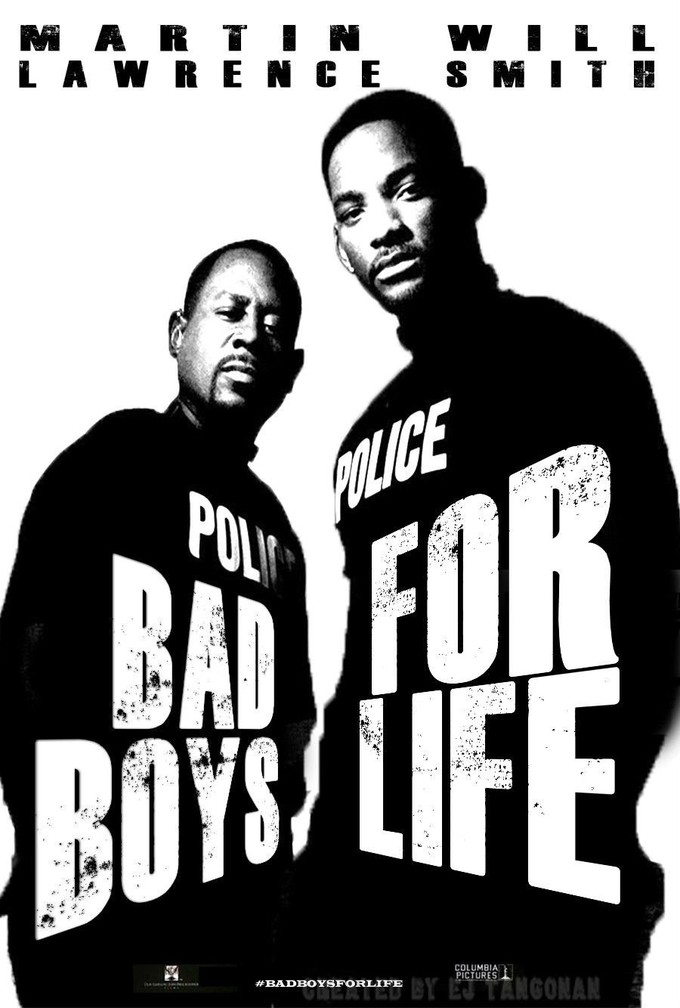 I was a tad young for BAD BOYS in theaters, but being 16 when BAD BOYS 2 hit, my big brother took me and when those dead bodies started flying every  which way on the highway.  It blew my mind away.  That was crazy.  Chad laughed at the stupid expression on my face.  It was a good time in the theater.   However in the additional half of my life I've lived since BAD BOYS II, I don't think I've ever been pining for a third chapter.  Will this film be more insane?  Or just plain lame?   Joe Carnahan (SMOKIN ACES & THE GREY) was on the script for this but Adil El Arbi & Bilall Fallah are directing.   They directed a movie that played at SXSW back in 2016 called BLACK, which was an incredible film I stumbled into.   A bit of Romeo & Juliet in the Brussels Immigrant Crime world.   If they can channel that energy into this, BAD BOYS FOR LIFE could be worthwhile.  Here's the trailer: