(cool tribute posters pictured in the article are by artist @TurksWork) 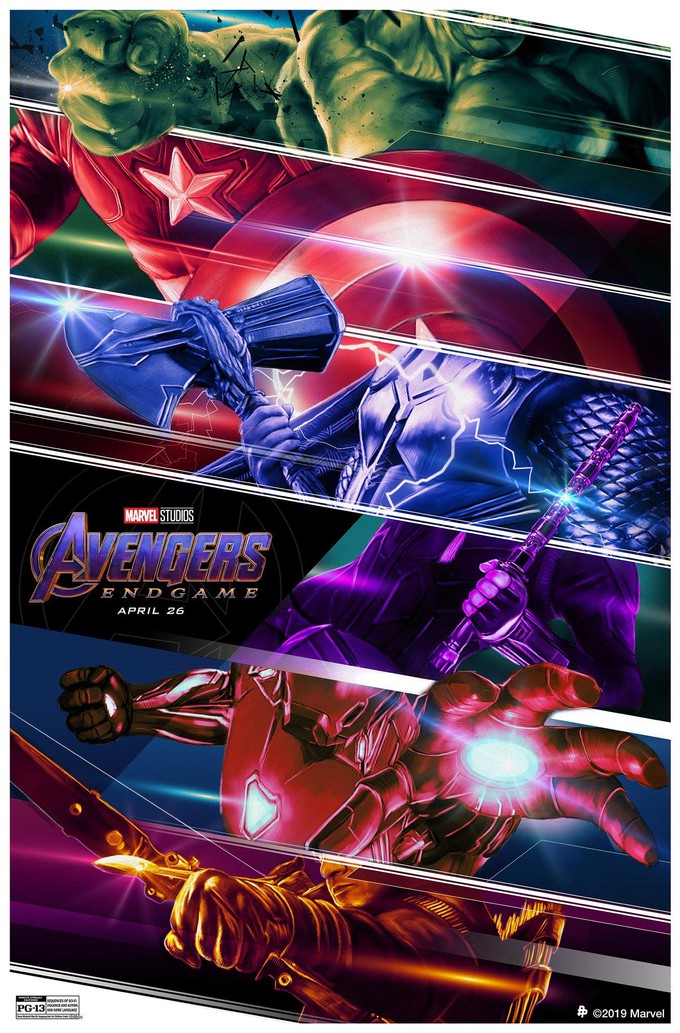 Yesterday morning I had the pleasure of seeing "AVENGERS ENDGAME" at an advance press screening here in the Austin Texas hill country. I have purposefully avoided the leaked footage as I hate spoilers, low-quality resolution, and seeing footage out of context. It has been hard trying to quell the temptation to see the footage (curiosity killed the cat) and avoiding talking to those friends and family that gave into the tantalizing click bait. The night before the screening I watched "Avengers Infinity War" on a loop until I fell asleep dreaming of the possibilities that await the surviving members of the Marvel-verse. So when I awoke to journey forth to the super secret press screening with my best friend of over twenty years and fellow Marvel maniac I was primed and ready to have my mind blown yet again by our (surviving) beloved heroes.

I went into "AVENGERS ENDGAME" with high hopes, expectations, and the fangirl dream that maybe just maybe we might get a glimpse or tease of a possible Fantastic Four film. There is not a trace of the FF in Endgame, which is a bummer; however, the film is spectacular. Maybe they are saving the Fantastic Four for a movie based during the space race of the 50s and 60s? Although through some magical way, (I shall not explain) some of our heroes end up in this era in Endgame. Which still left me hopeful for an eventual FF film.

Now diving into the "AVENGERS ENDGAME" review, I am going to try my best to keep this review spoiler free. That will not be an easy endeavor as this film is filled with such a twisting, turning, loop de loop filled roller coaster of hilarity, humanity, heartbreak, and has epically jaw-dropping visuals that will cause elation and woe. The theater we were in was a little over half filled with critics and company. During multiple parts of the film, the theater erupted in harmonious laughter, gasps, cheers, as well as sniffles and tears. It was as if the audience were all members of a symphony and "AVENGERS ENDGAME" was a conductor cueing us emotionally into captive moments of silent appreciation as well as moments of making active and audible responses.

"AVENGERS ENDGAME" is genuinely a remarkable film. The myriad of emotional manipulation throughout the story and how they balance the overall visual aesthetics were masterfully handled. In my opinion, Endgame is far superior to Thor Ragnarok as far as laughs and is just as good as any of the Guardians of the Galaxy films as far as a naturally flowing and believable dialog between the charismatic characters. The universe we are introduced to after Thanos' snap is one of devastation, and the surviving heroes are all massively traumatized by the overwhelming and calamitous loss. 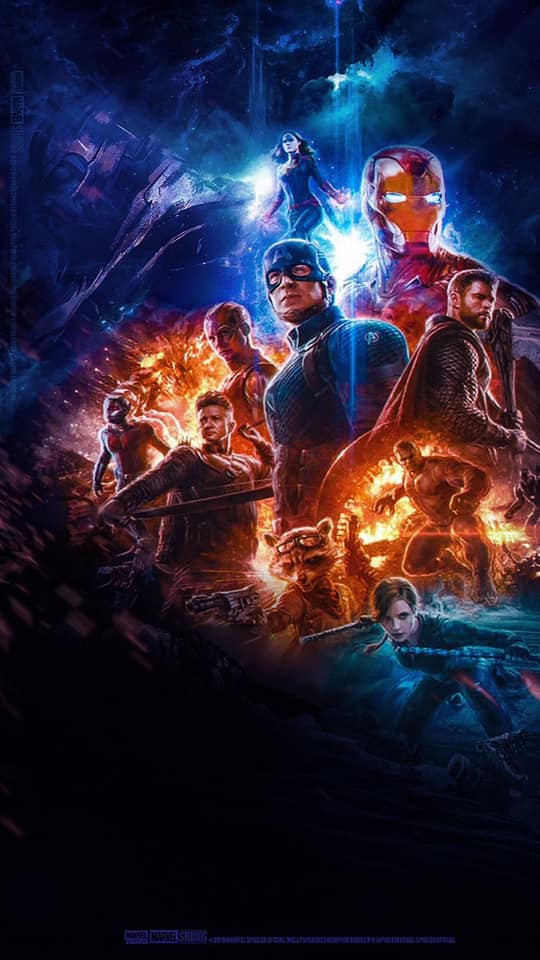 A character that never really got his time in the limelight is Clint Barton/Hawkeye (actor Jeremy Renner) finally was given the depth and time needed to make a mental connection with viewers truly. None of you are even remotely prepared for where the Hulk and Thor are at post *snap, there just are no words for it other than hysterical laughter, gasps, and silent awe. Scarlett Johansson's Black Widow was also given an ample and vital role in Endgame again bringing added depth to the character. Paul Rudd's Ant-Man plays a pivotal part in Endgame and is as charming as ever. The tension between Iron Man and Captian America is so thick you can cut it with a knife. Nebula (actress Karen Gillan) is a complete and utterly badass character that I have loved watching unfold throughout the Guardians of the Galaxy films as well as the last Avengers flick, and Endgame just gives you more of the tortured tech melded Nebula in all her glory to chew on. Rocket Raccoon is visually aged by the loss of his crew, the only family he had, however, is as cynical and crafty as ever. Captain Marvel is not a character of focus, more of a deus ex machina written character, appearing mainly for crucial moments and battles.

All in all, I think the vast majority of theatergoers and Marvel madmen (and ladies) will love "AVENGERS ENDGAME" as it is a highly enjoyable blast through time and space that will leave you immediately wanting to rewatch the overwhelmingly kick-ass film. For me, the film knocked it out of the park on every level possible and is proof that Marvel is continuing to raise its bar and annihilate competition at the box office. I hope I didn't drop too many hints and or spoilers, and this is a hard one to not spoil, as its a bombardment of coolness and twists. I can not wait to see "AVENGERS ENDGAME" again and I am contemplating writing up a spoiler-filled review as well after its release on the 26th of this month! Rejoice fanboys and girls, "AVENGERS ENDGAME" is coming to melt your marvelous minds!