Annette Kellerman Can’t Get in Step with THE RHYTHM SECTION 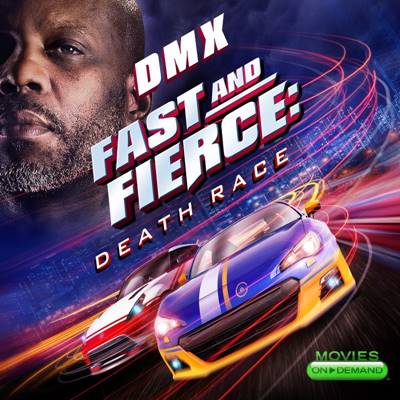 There’s nothing quite like a good revenge movie. Watching a scorned hero seek vigilante justice and exact his or her brand of (usually brutal) retribution is incredibly satisfying. Though these tales of vengeance may seem fairly straightforward, it is essential that the storyteller establishes sufficient motivation in order to justify the unflinching reprisal of the protagonist. Unfortunately, not all films hit this challenging mark. Other times there are just too many unanswered questions to fully justify such rancor. While new release THE RHTHYM SECTION does manage to establish a somewhat adequate motive for its main character’s desperate plight, too many unfilled blanks and problematic decisions render the film a bit disappointing.

Adapted from the Mark Burnell novel of the same name, THE RHYTHM SECTION begins with a female assassin closing in on her latest victim. Before she does the deed, however, the story flashes back several months earlier as the smacked-out assailant awaits her next client in a brothel. Through a series of dream-like recollections (yes, flashbacks within a flashback, ugh) we learn that 3 years earlier Stephanie lost her parents and siblings in a tragic airplane disaster. As it turns out, her next John is actually a private investigator who informs her that the demise of her family was anything but accidental. This shocking revelation sets off a chain of events that finds Stephanie leaving her current squalor, training under the tutelage of an ex MI6 operative, and traveling to far flung exotic locales in order to avenge the deaths of her loved ones.
I went into THE RHYTHM SECTION not knowing that it was based on a novel, but very early in the first act I started to wonder if I was missing key points in Stephanie’s background. Naturally a film adaptation can’t go into the kind detail a novel can, but throughout the film I kept getting the feeling that there had to be more to the questionable decisions being made onscreen. For instance, how does a gorgeous and intelligent young woman from a tight-knit upper middle class family go from being a top student at Oxford to a smack whore? Sure, the trauma of losing her entire family in one fell swoop could definitely send one into a terrible spiral, but man, what a crazy about-face. Further explanation about her guilt trip over not being with her family on the plane only left me with more queries about Stephanie’s integrity. As a result, I ended up pondering how her newfound mentors could possibly trust a perfect stranger, let alone one who is such a hot mess.
From there, the film devolves into a series of cringey cliches and head scratching moments. From an actual assassin training montage (while miraculously kicking that nasty little heroin habit no less) to her turn as a killer call girl, Stephanie’s speedy transformation into a hit woman feels contrived rather than bonafide. Furthermore, big breakthrough moments in the film tend to linger a bit too long, reducing what ought to be poignant into awkward and indulgent.
Though there are clearly issues with THE RHYTHM SECTION, there is still much to like about the thriller. Director Reed Morano crafts the fight and chase scenes in seemingly single shots which helps to accentuate the realistic and chaotic high tension during the uptempo action sequences. As the somewhat stereotypical story unfolds, Morano still manages to deftly execute a surprise or two along the way.
Blake Lively is 100% terrific in the lead role. She perfectly captures Stephanie’s tortured soul despite her character’s dubious motivation. Lively appears in nearly every frame of the film which is great because her riveting portrayal is the real glue holding together the flimsy narrative.
Though there’s not nearly enough Jude Law or Sterling K. Brown, their brief appearances in the film further help steady the rocking ship. It’s fun to see Law play Billy Badass for a change, oozing ruthless machismo. I would buy a ticket to watch Sterling K. Brown read the phone book, so his equally brief but intense performance also aids in lending the shaky storyline even more gravity.
So while I found myself super bugged by deficiencies in the the backstory and found some of Stephanie’s choices quite insufferable, THE RHYTHM SECTION isn’t a total miss. It was hard for me to get past some of these missteps, but I did appreciate the action and the dynamite performances from all the players in the film. Thankfully Morano pulls off a satisfying ending despite a weak build up, and the movie ultimately ends on somewhat of a high note.
Rebecca Elliott
aka Annette Kellerman