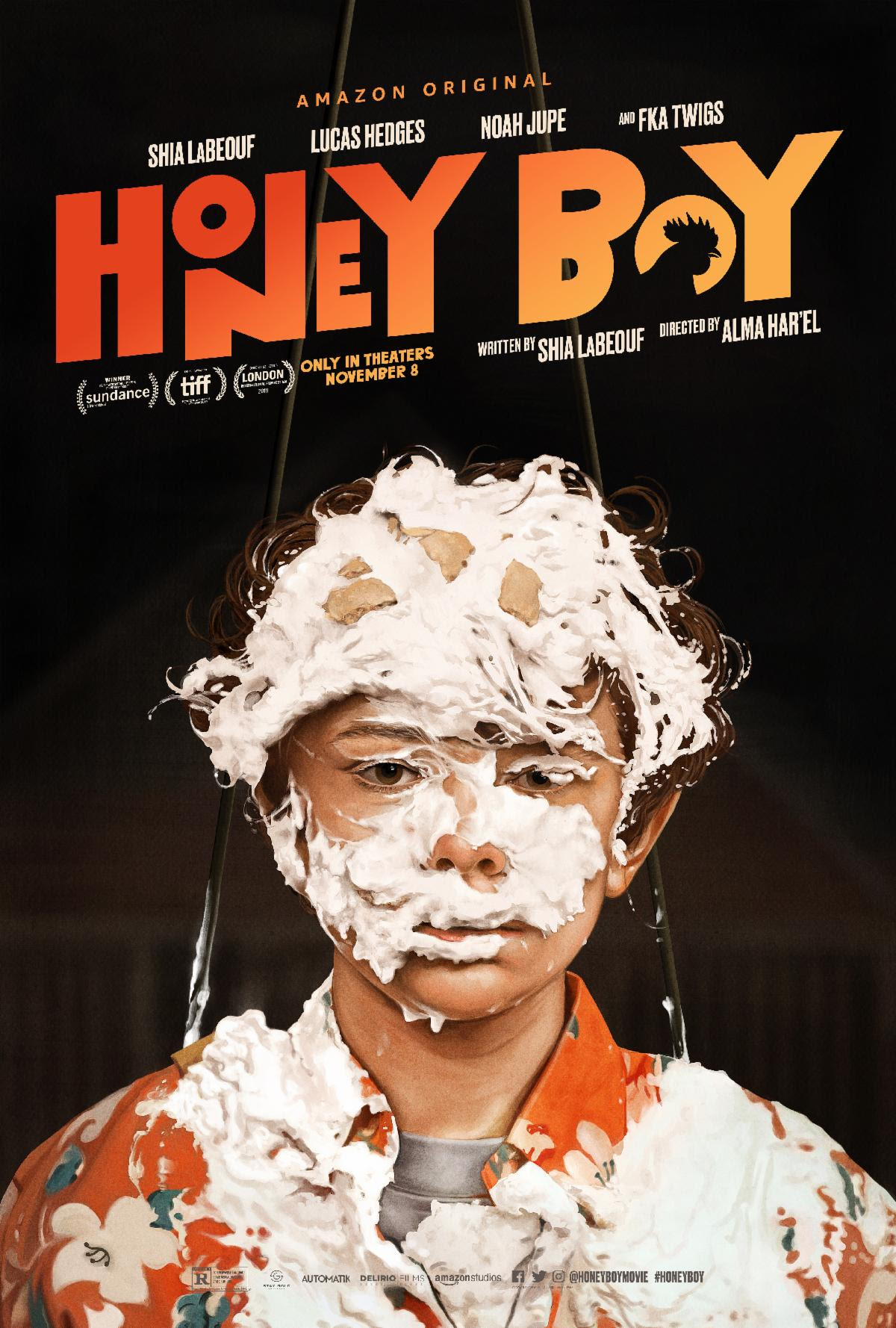 Warning: The preamble to this review is full of humble brag exposition that some may find insufferable. Personally, I love these kind of stories, and if you have a similar one, I’d love to hear it- especially if it gives special context to a film or opinion. But if you’re already rolling your eyes, you’d best scroll on down a bit before reading.

I have always had a weird fascination with child actors. While fixating on Drew Barrymore or Corey Feldman was perfectly understandable when I was a kid, I also had a knack for remembering all the minor players who would pop up in my Bop magazines as well. As I entered adulthood and Teen Beat evolved into Entertainment Weekly, I loved following the trajectory of young actors as they made their transition to more grown up fare.

In the early 2000s when everyone still had cable, I once again found myself unexpectedly mesmerized by a hilarious young actor on the Disney series Even Stevens. Clearly by this time, I wasn’t watching out of adulation, but instead a true hunch that this wacky, charismatic kid tearing up the small screen was definitely going places. Yes, I’m talking about Shia LaBeouf.

Flash forward several years later, and I was stoked to get the opportunity to hang out with the rising star after the SXSW premiere of DISTURBIA. Usually in these types of situations, I get to briefly meet said talent and that’s that. But on this particular night Shia and I, his manager, AICN’s Massawyrm, and a few others ended up bar hopping and having a really fun night just shooting the shit. He was so down to earth and sweet and genuinely interested in all the geek stuff Massawyrm and I were talking about- even politely feigning ignorance when pressed about the possibility of a fourth Indiana Jones film. Shia was barely 20 and was using an ID that the VFX crew made him on a certain major robot blockbuster he had just finished shooting (wouldn’t want anyone to get in trouble over a decade later). We had a fun night showing him the highlights of downtown Austin, TX on SXSW opening night, and then we all said our goodbyes. Remember, at this time he wasn’t exactly a household name, and when I told people who I met at SX I still had to explain who Shia LaBeouf was.

Then after a few years and a few major studio turns, LaBeouf started making the news for other reasons. I have to admit that my heart broke for him, because I knew that there must be something deeply rooted behind his sudden tabloid-worthy behavior. Not that I got to know him that well after hanging for mere hours, but I feel like I did get a solid read on his character. I had heard that he had an unconventional childhood, but I had no clue about the extent of his early challenges...until now. With the deeply personal HONEY BOY, LaBaouf attempts to explain some of the motivation behind his notoriously erratic episodes.

HONEY BOY starts with a super quick montage of a young movie star, Otis Lort (Lucas Hedges), killing it professionally as his personal life spirals out of control. Seriously, the film wastes no time dramatizing various run-ins with the law, instead letting the audience fill in the blanks. Within the first few minutes of the film, Otis is already in a court mandated treatment center where he is informed that he is suffering from PTSD. When Otis begs the obvious question, “From what?!” the story divides into two narratives- the past where Otis contends with a caring though slightly unhinged father with whom he navigates the entertainment industry, and the present day where Otis tries to understand his behavior and insecurities by reevaluating and reconciling his tumultuous childhood.

While this type of semi-autobiographical storytelling can come off as self indulgent in many cases, LaBeouf’s account is as fascinating as it is heartbreaking. In the past narrative, Otis lives with his rodeo clown/combat veteran task master of a father James. While James means well with his particularly colorful brand of tough love, his brutal honesty and borderline abusive methods are not winning him any father of the year awards. 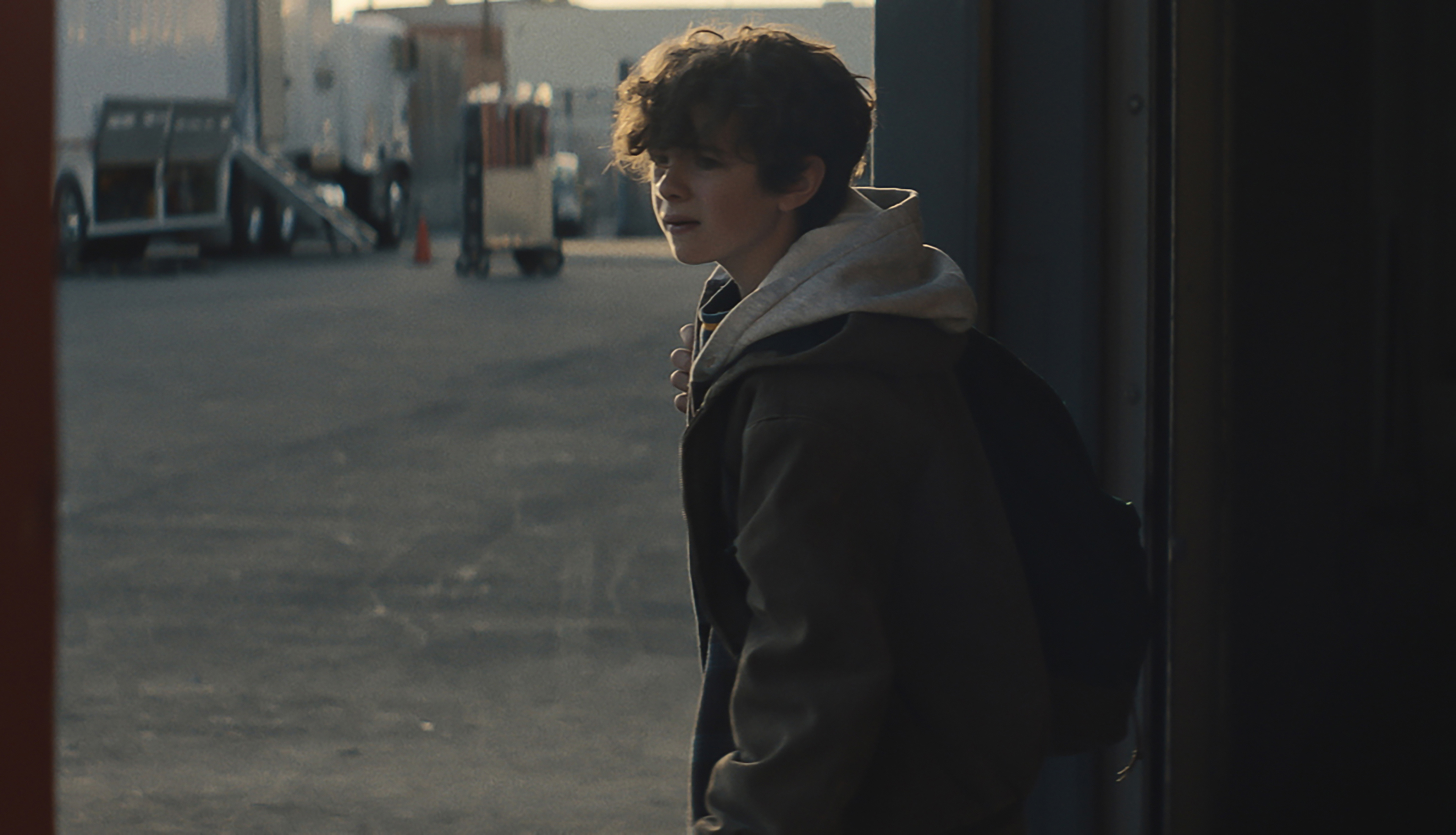 While Otis enjoys the perks of a steadily increasing number of gigs on television, it doesn’t change the fact that at night he comes home to a seedy motor inn suite with a brothel across the way. Just because he gets recognized at the local taco stand doesn’t mean he doesn’t sneak food from craft services in his backpack to take back to his makeshift home.

Sounds dreary, right? Amazingly, it’s not at all. The way LaBeouf embellishes the story with clever character nuance and hilarious-sometimes unconscionable- dialogue helps save the film from getting lost in the sads. And in the meantime, both father and son get to develop and show various sides of complex and ever growing characters. Neither of whom are perfect. The dialogue is downright genius and positively quotable.

And I haven’t even gotten into how meta HONEY BOY is. Perhaps not as meta for the audience as for the filmmakers, but one can’t watch the film and not ponder LaBeouf’s choice to portray his complex and conflicted dad. In the current day narrative, Otis spends his days in the treatment center trying to get to the core of his troubles. Naturally Otis rebuffed his therapist’s initial suggestion to write down some of his memories about his father. But when he finally puts pen to paper, a deluge of emotions and realizations hit the page. HONEY BOY is LaBeouf’s catharsis, and fortunately it also happens to be a hell of a coming of age tale. Sure, lots of people think that their backstory is worthy of the big screen, but man, LaBeouf’s history truly begs to be told.

At the crux of the film is LaBeouf’s exemplary portrayal of the scoundrel James Lort. Meta-ness aside, the actor practically changes form in the role of the troubled paterfamilias. As if it isn’t compelling enough to imagine LaBeouf penning this brutally honest version of his own father, it is kind of mind blowing to imagine that he likely took on the persona in order to completely understand a person he adores but who also harmed him emotionally. But while this all sounds so dim and grim, LaBeouf’s portrayal never betrays James clever, charismatic, and abrasively caring nature.

As young Otis, Noah Jupe is perfect in his balance of innocence, bravado, and utterly heartbreaking vulnerability. His portrayal aptly illustrates the confusion in his character’s sense of responsibility while struggling to survive emotionally.

As the older version, Lucas Hedges portrays Otis 2.0 with an intensity that belies a lifetime of people expecting one to perform on cue while also showing just enough cracks in the steely veneer to remember that even show ponies need care. Hedges version of the character chips through any stereotypes to remind us that even the well-coifed wake up with bed head.

I honestly can not recommend HONEY BOY enough. Casual LaBeouf fans will enjoy the bittersweet tale that is grounded in the actor’s stunning performance while Shia-philes will undoubtedly relish such a comprehensive explanation of his unsavory antics.

Look for HONEY BOY in theaters when it opens nationwide on 11/22.