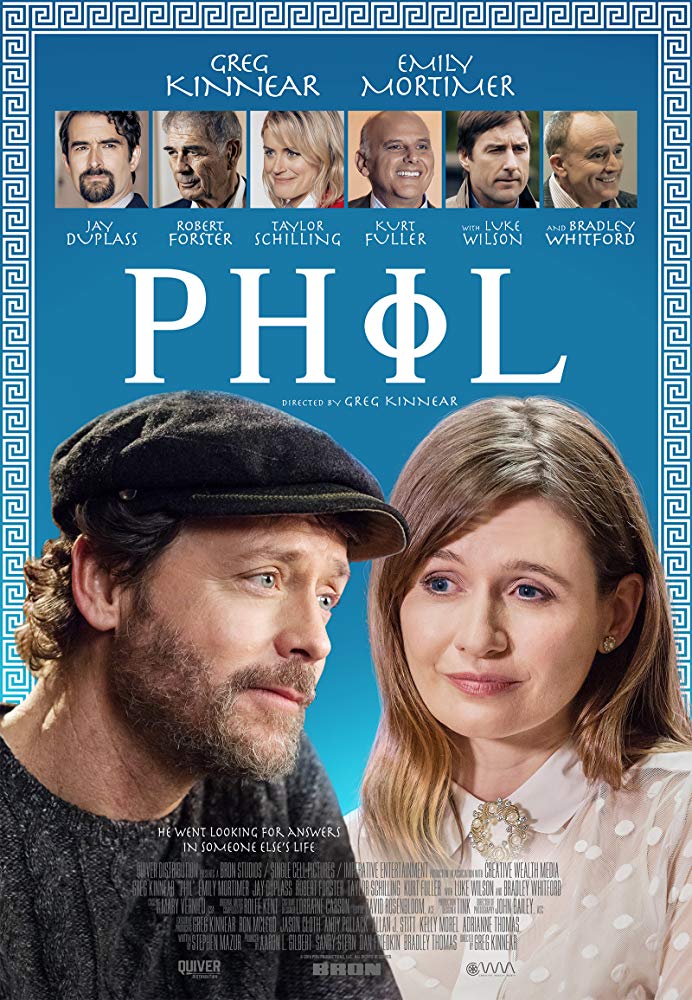 I’ve always marveled at Greg Kinnear’s career trajectory from witty and hilarious Talk Soup host to Oscar-nominated dramatic actor. Though Kinnear has a wonderfully robust resume in front of the camera, the affable performer decided to take the reigns himself with his directorial debut PHIL. The dark comedy also features Kinnear onscreen as a downtrodden dentist questioning life’s unexpected twists and turns while analyzing his own mid-life situation.

Check out this exclusive clip from PHIL!


Good stuff. And with such a solid supporting cast (Emily Mortimer, Luke Wilson, Robert Forster, Bradlley Whitford among others) Kinnear's first outing behind the camera looks very promising. You can decide for yourself when the film opens this Friday 7/5 in theaters.