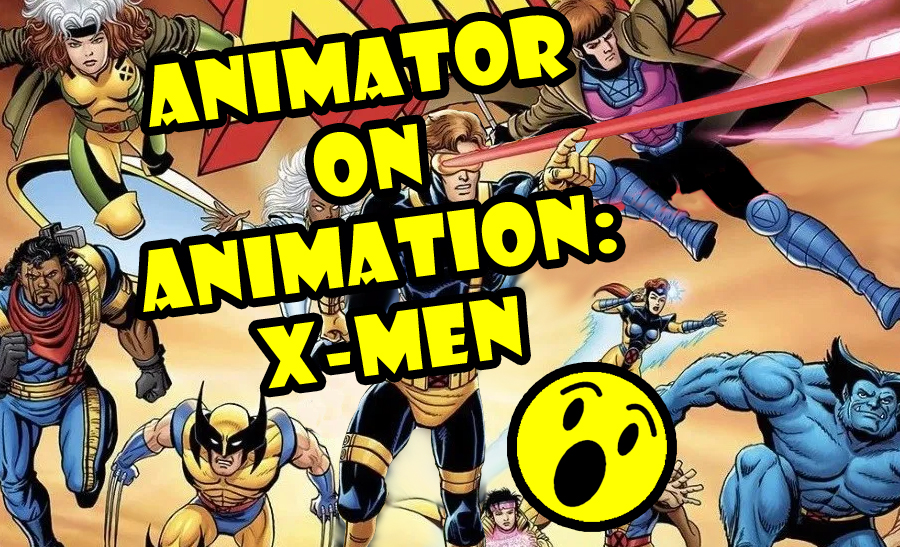 Hey Party People, Masked Man here. Gonna try something different today. Gonna put my animation schooling to work, and give my reaction (as the kids say) to the classic X-Men cartoon, from 1995! Back when Saturday Morning Cartoons were still a thing- before they were sadly killed by government regulations and cable TV.

And don't worry, I'm not going to be too hard on this old toon. One of the points I try to make in the video, is to take into account on how the cartoon was made. Now a days Disney, Nick and CN seem to have an endlessly supply of money to throw at animated content. Money that ABC, NBC, CBS, CW, and FOX did not! So, not only do I talk about animation quality, what's good, what's bad (and why)- I talk about the industry of animation as well. Which is often just as insane as some of Chris Claremont's X-men plots! One word of warning, being the first Animator on Animation, I give a quick bio on myself (just to explain how I'm an 'animator'). Since I'm always uncomfortable about such things, I just hope it's not too tedious and doesn't scare you off of the actual fun stuff!

All right, enough of that. Let's jump into some animated mutant heroics, back when animation was still done with ink and paint on celluloid. And if ya enjoy it, be sure to suggest some animation for me to try next time. Enjoy!