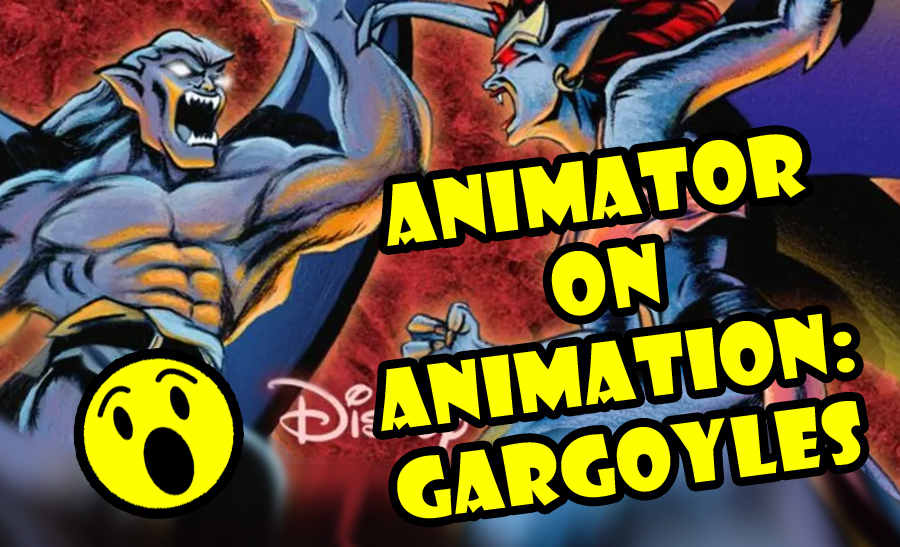 Hey party people, Masked Man here with another Animator on Animation! This time I checkout the animated wonder from 1994, Disney's Gargoyles! In a nut shell, if you haven't seen it, then stop screwing around and watch this show! The 1990's was a Golden Age for animation on TV. Cable Networks were finally getting into the game (Ren and Stimpy, Dexter's Lab) , Warner Bros was killing it (Animaniacs, Batman the Animated Series), adult stuff was kicking (Beavis and Butthead, South Park) and Disney's Afternoon was the best. And the uncanny jewel of the Disney Afternoon was Gargoyles!

Gargoyles was created and produced by Greg Weisman, the guy currently making Young Justice (one of the best superhero shows ever made- and I'm not even a fan of teenage superheroes!). Just top-down, Gargoyles was/is amazing. I'd even argue, that their best episodes are better than the best episodes of Batman the Animated Series (but I'd still say B:TAS is the best overall cartoon from the 1990's- but then I'm a huge caped crusader fan). But still not every episode was prefect. Even as great as Disney's television animation department was, they still had to contend with the dreaded overseas animation studios. So there is lots for me to pick apart, as well as praise. Along the way I get into the concept of animation timing- and the creation of the animation timer. Plus a talk a bit about an animation hero, most animation fans are unaware of, Karl Gnass. So jump on yer comfy couch and get ready to return to the show that no one thought Disney had in them, Gargoyles! (P.S.-Can you believe they turned down a movie pitch by Jordan Peele!?)