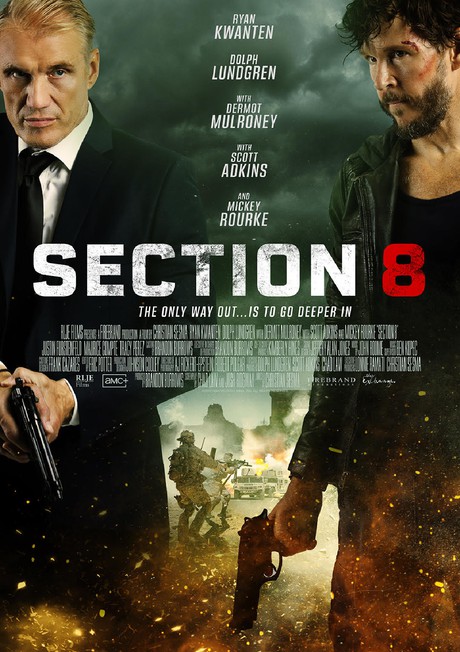 AMC+ and RLJE Films have released the first trailer for the upcoming action thriller SECTION 8. The film is about a young but decorated soldier who goes to jail for avenging the death of his young family and is recruited by a super shady organisation of assassins promising freedom. When he realises his marks may be innocent he takes the fight to them in spectacular fashion. Ryan Kwanten leads from a story by Chad Law and Josh Ridgeway. Directed by Christian Sesma, the actioner also stars Dolph Lundgren, Dermot Mulroney, Scott Adkins and Mickey Rourke and will be released in cinemas and AMC+ on September 23rd. Enjoy the trailer and as per usual, let us know what you think in the talkbacks!