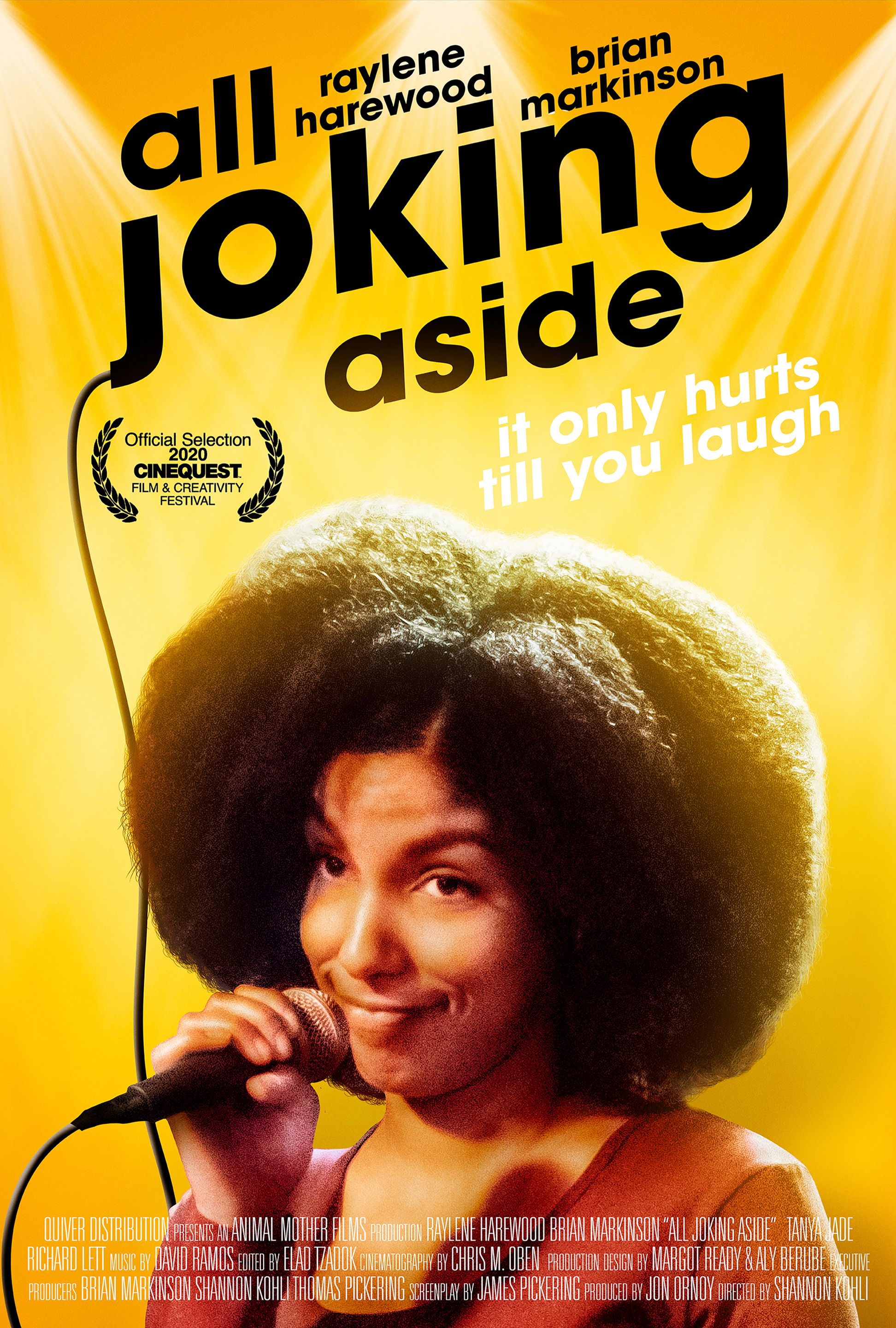 Hey guys, Prometheus here! In these crazy and tumultuous times, a little bit of inspiration can be a good thing! ALL JOKING ASIDE stars Raylene Harewood, Brian Markinson (“Angels in America”), Tanya Jade, and celebrated comedian Richard Lett.

The Shannon Kohli (“You”, “Riverdale”) film, scripted by James Pickering and  produced by Jon Ornoy -  looks to bring some light-hearted laughs and cheer to the screen when it hits VOD NOVEMBER 13! Check out the description and the trailer below!

“Charlene Murray (Charlie to her friends) isn’t your average twenty-one-year-old.  Inspired by her late father’s unrealized ambitions, she wants nothing more in life than to be a stand-up comic, and is equal parts thrilled and terrified by the fact that she’s finally old enough to get into a comedy club and actually try her material in front of paying customers. So with a fistful of jokes and her stalwart friend KIM there to get her back, she heads to the LAUGHING HYENA, one of New York’s faded comedic hot spots, to hit her first-ever open mic night.  Glued to his barstool at the back of the room, with his fourth whiskey of the night in hand is BOB CARPENTER, and he’s not going to stop heckling until Charlie gives up the microphone.  It doesn’t take long before he gets exactly what he wants, and Charlie, chastened, flees the club with Kim on her tail. When she later returns to the Hyena to talk to the manager DENNIS, he tells Charlie that if she really wants to learn the craft, then she’s got to be writing all the time, and studying people who know what they’re doing; people like Bob who, before his marriage and career collapsed and he became an alcoholic heckler used to be one of the top touring comics in the country.  He pulls out some old VHS tapes of the young and energetic performer, first showing him own the crowd with his raw, edgy material, and then in a different clip from his final performance a few years later, literally attacking them.  Impressed by this new side of him and with Dennis’ encouragement, Charlie decides that Bob is going to be her mentor whether he likes it or not and sets about winning him over.   As the two slowly feel each other out, what develops is an unlikely friendship based on broken families, a healthy appreciation of sarcasm, and the undeniable rush of making a whole room full of people laugh.”

What do you think out there? I’ll be checking this out, because if there’s one thing I could use these days, it’s a good laugh! As always, comment below with your thoughts, and look out for ALL JOKING SIDE on VOD November 13th from Quiver Distribution!