A review of SPIDER IN THE WEB

Ken, with a review of SPIDER IN THE WEB, which opens in 25 markets and on VOD today!

SPIDER IN THE WEB is intensely busy.  There’s a ton going on, but credit to the director, it’s all easy to follow.

There’s an aging Mossad spy who’s being forced into retirement before he becomes expendable.  The problem is Adereth (Ben Kingsley) doesn’t want to retire and thinks he has his best leads yet.  He’s denied the leads and offered a golden handshake.  Instead, he gets a new partner and worst of all, he’s a millennial.  Daniel (Itay Tiran) is young but he’s smart enough to follow orders.  Daniel insists on a lovely Mossad backed trip to Israel and he’s close, but a MIDNIGHT RUN-esque sequence has him following Adereth’s lead. 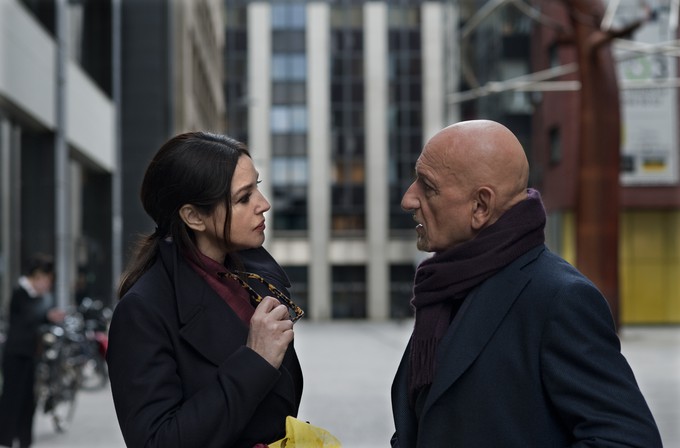 Adereth isn’t new to the spying game, so he slyly brings up his old partner.  Daniel knows the old partner thatt is now dead, it’s his dad.  Those heartstrings are finely tuned instruments aren’t they?

This gets Daniel in line with Adereth.  Daniel disobeys the Mossad and starts assisting Adereth and his persistent pestering to let him follow one more lead, after the next.

Daniel risks losing his job.  Adereth risks going to prison for the rest of his life and that’s not a good option when your ex is Monica Bellucci (PASSION OF THE CHRIST, IRREVERSIBLE).

Angela (Monica Bellucci) is also, maybe, a spy.  A spy who helped supply chemical weapons to the Mossad in Syria.  Like I said, this is a densely packed thriller.

The acting is predictably excellent in this.  The story is convoluted but easy to follow.  Scenes that seem to be slowly dying, expand and produce further still.

Like all good spy thrillers you don’t know who to trust.  Will Daniel betray Adereth eventually?  Or will he follow his father and work in tandem with Adereth to the bitter end?

Is Adereth on the up and up?  Does he care about Daniel or is Daniel merely a ploy to keep working?
Is Angela still in love with him? 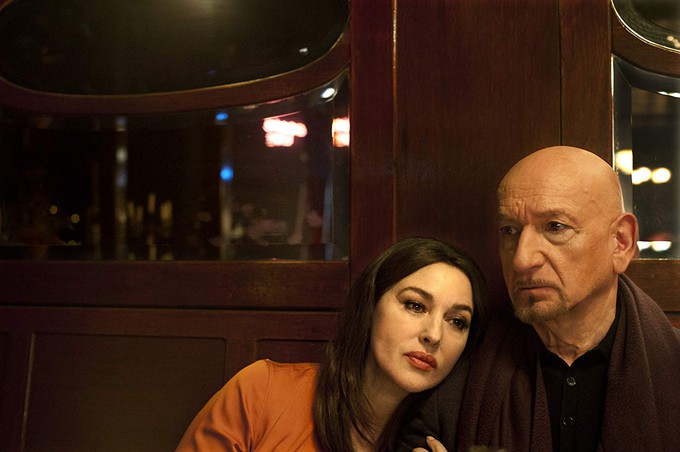 Or is she using Adereth?  Has she been all along?

Hard to believe, as Adereth is a master manipulator.  We constantly see him manipulating another to further his own selfish agenda.

SPIDER IN THE WEB is a slow moving story that could have been spruced up in a few areas to really be successful.  As is, it’s a serviceable addition to the spy genre.  All the acting in this is fantastic but Ben steals the show.  He is in every scene front and center.  The only issue I have is some of these scenes just run too long.  If Mr. Riklis had cut some of them down a bit or added some pizazz, it would be so much easier to appreciate.  I love a movie carried by dialogue but I’m picky there.  It better be some damn good diaologue.  It's good but it's not damn good.  It’s truly my only complaint.

If you like your spy thrillers or anything with Ben Kingsley, you can’t go wrong here.  You also can’t go wrong watching Monica Bellucci on the big screen.

If you need action running throughout your film you will be sorely disappointed.

6.5 out of 10 spiders secretly wish to be named Charlotte.

See other things I write @ www.freddybeans.com