A review of NEFARIOUS

Ken with a review of a dark home invasion flick, that’s something more than that, titled NEFARIOUS.

With NEFARIOUS we get a stylistically filmed mystery that ends doused in plenty of the red stuff.

The film is shown with a unique camera and kinetic pace that keeps you guessing, what’s around the corner, through the entire film.  That it maintains its mysteries until the end is impressive.  That it was filmed for less than $24,000, is even more so.

NEFARIOUS centers on a group of four friends, Lou (Nadia Lamin), Mas (Omari Lake-Pottinger) and Jo (Abbey Gillett) and Darren (Buck Braithwaite).  They live together, suffer together and are interested in coming up together.  They all put up with but don’t seem to like, the very unlikable Darren.  He’s an absolute dick.  This is really showcased with how he treats a coworker named Clive (Gregory A Smith), who’s developmentally disabled.  He throws the “R” word around with reckless abandon to ensure that we the audience realize what a pile of crap he is.  It’s effective.

Clive is a sympathetic character, simply living his life of verbal abuse and coming home to the endless stream of self-help advice from his friend Marcus (Toby Wynn-Davies).  Marcus seems to have the young man’s best interests at heart, but their relationship is odd and unexplained until later in the film.

Darren loses his job and when he arrives at the flop house they share he also reunites with an old gangster buddy.  This isn’t a friendly reunion though and Darren and his mates are given 24 hours to pay the man in full or pay with their lives.

Desperation hits and Jo offers up Marcus’ house and the code for the safe she pilfered while housekeeping.  They decide it’s a good move and head out, in a cab.  These two different stories interconnect in ways you may suspect and many more that you don’t’ see coming. 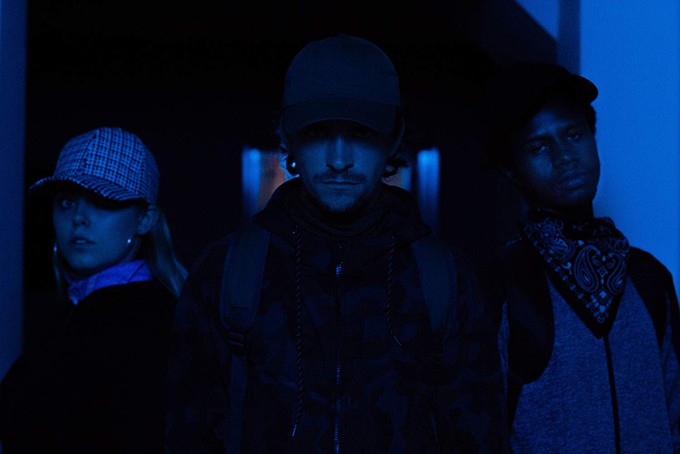 There’s also couple detectives piecing this entire thing out for us that bookend the movie.

NEFARIOUS plays with class in an easy and subtle manner.  It doesn’t make us feel sorry for the group’s sorry lives, it simply showcases them.  We understand their desperation and bad choices.

What starts off as a simple home invasion film turns into a full on horror flick by credit’s end.
There are two major twists this flick takes near the end that really expand everything you’ve seen up to that point.  They are both serviceable but I definitely prefer the last twist in NEFARIOUS.  In the end this has an USUAL SUSPECTS feel to it and no that comment has nothing to do with Clive correcting his non-existent limping.

Richard Rowntree co-wrote this one with Matthew Davies.  They both cut their teeth on DOGGED before this one.

As I wrote earlier, Richard directs an amazing film here off of that meager budget.  He saves the money for that ending and its practical effects.
I had a great time with NEFARIOUS.  It’s not blazing any new trails here.  It’s simply taking a very tiny budget and stretching it beyond what seems possible.  When the horror hits, it’s a doozy and the creativity on display makes this guy eager for Richard's next one.

NEFARIOUS nibbles at the snack bowl, keeping an even-keeled uneasiness throughout, before throwing that bowl down its throat with a  guttural yell. 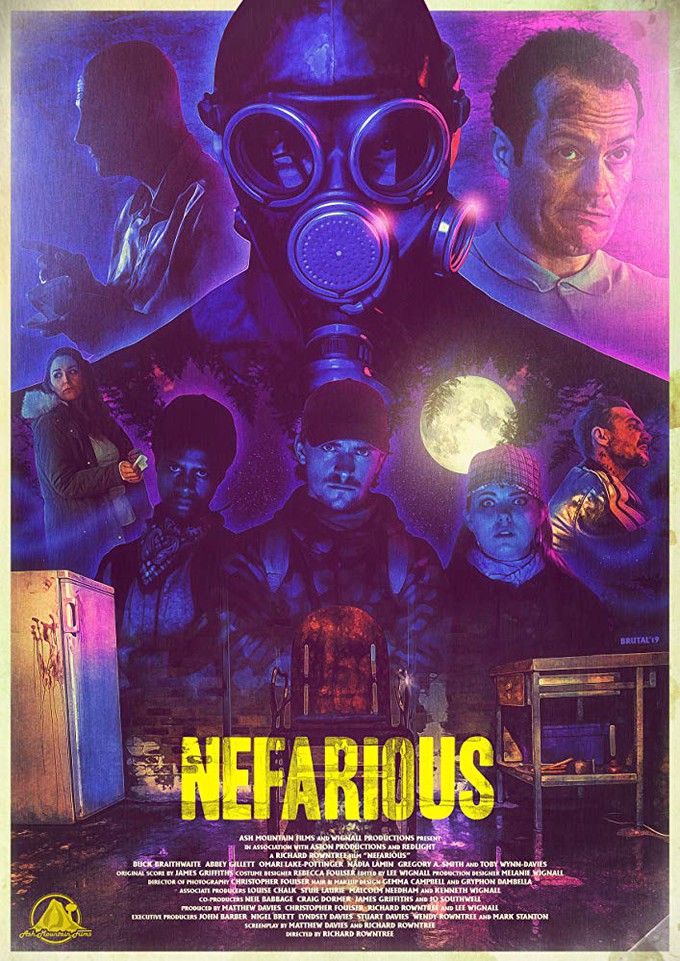