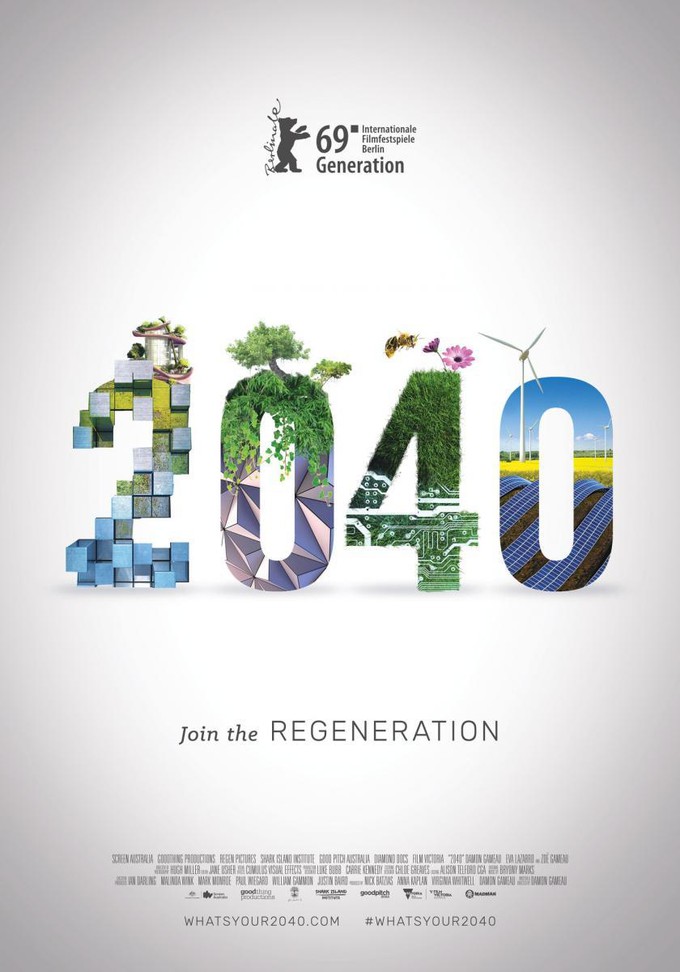 Here with an inspirational trailer looking at the future of our planet, and some measures the human race can take to help our future generations and the challenges they may face due to climate change. The film is called "2040" and is written, directed, and stars Damon Gameau. Gameau has over 36 credits on IMDB as an actor and is known for his work as a director on  That Sugar Film (2014), Animal Beatbox (2011), and One... (short film).

Writer/Director/Actor Damon Gameau was inspired to make this documentary after the birth of his daughter Velvet and the massive awakening of what type of future will be awaiting her. The film stars Velvet Gameau (as herself), Damon Gameau (as himself), Zoe Gameau ( as herself), Eva Lazzaro (as the older Velvet Gameau), Davini Malcolm (as a Shaman), and a myriad of environmental experts from across the globe. 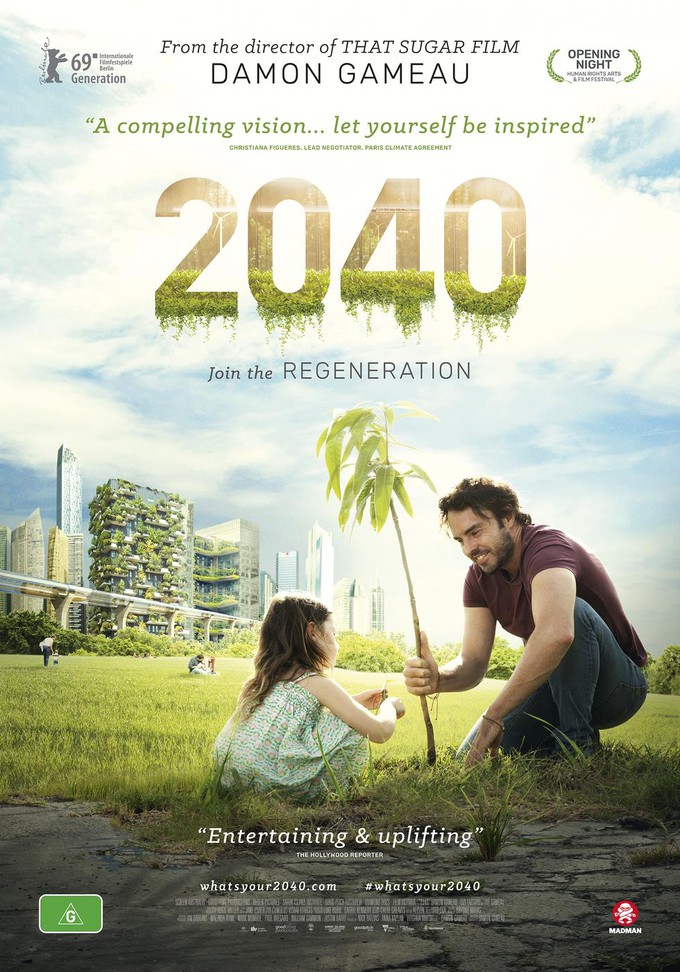 The folks at GoodThing Productions describe "2040" as-

"2040 is an innovative feature documentary that looks to the future, but is vitally important NOW. Award-winning director Damon Gameau embarks on a journey to explore what the future would look like by the year 2040 if we simply embraced the best solutions already available to us to improve our planet and shifted them into the mainstream. Structured as a visual letter to his 4-year-old daughter, Damon blends traditional documentary footage with dramatized sequences and high-end visual effects to create a vision board for his daughter and the planet."

Here is the trailer for the optimistic documentary "2040" it is a breath of fresh air, and a slap in the face.

"2040" will be premiering at the Seattle International Film Festival on May 18th. That is just four days away so if any of you devourers of documentaries in the Seattle area get a chance to see it, I would love to see a review or two! We have seen so many doom and gloom documentaries on how we have wreaked havoc upon our sweet little planet, and there is no turning back. It is nice to see a filmmaker take an idealist and optimistic approach at what we actually can do, and if done what future generations may expect. What do all of you out there surfing the world wide web think of "2040" is it perhaps a film you would look into seeing with friends and family? They have yet to announce a release date theatrically on a national or global scale. The film will be riding the festival circuit for a bit. I hope it gets global distribution, everything I have heard says the film is inspirational, educational, and uplifting. That sounds nice.