STALLONE is a Good, but not Great SAMARITAN! 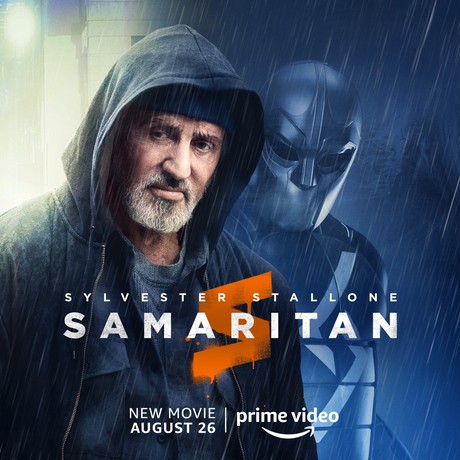 Hello film fans, and welcome to the House of Macleod’s movie review corner! Today we take a look at Julius Avery’s SAMARITAN (2022 PG-13 1h 42m) Starring Sylvester Stallone, Javon Walton, Pilou Asbæk, Dascha Polanco and Moises Arias. I’ll be 1000% honest with you guys and gals, when I saw the trailer for this, I was not looking forward to it. Its promotional material made it look like another run-of-the-mill superhero flick that’s trying to cash in on the likes of DC or the MCU. I couldn’t have been more wrong, and I was surprised to learn that SAMARITAN has a better story and feel than either company has put out recently. You see I forgot about one major component: Stallone. Sylvester Stallone is a man who knows a good story when he reads one and if you don’t believe me go and watch ROCKY (1976) or FIRST BLOOD (1982). SAMARITAN is no different. Don’t mistake me, this movie isn’t going to win any Oscars any time soon but it has that heart, that ground-level gritty urban feel that worked so well for the ROCKY movies. The story picks up with a teenager called Sam (Walton) who lives in a brutal, crime-filled town called Granite City. He remembers a better time when the city was protected by a superhero called, you guessed it, Samaritan. One day Samaritan gets himself into a final battle with his arch enemy, a villain called “Nemesis” and apparently perishes trying to stop him. Not losing hope Sam believes that Samaritan is still alive and sets out to find him, eventually suspecting one of his neighbours, an older man named Joe (Stallone), to be the titular hero. 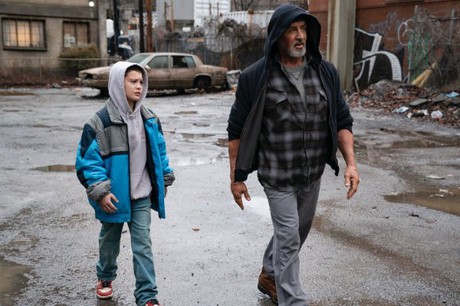 As I said earlier in this review, Samaritan isn’t going to win any awards but what it will do is give you just over an hour and a half worth of solid movie action, a decent story with some surprising twists and turns and some likeable characters to boot. I enjoyed SAMARITAN because it's not connected to any shared universe. It's not tethered to any other movie and I didn’t have to have prior knowledge of any of the characters to watch it. It's a fun, engaging tale that is both heartfelt and endearing. As you know, I like to be fair with my reviews and I will say this, there are things that could have been better like some very shoddy de-ageing CGI and a longer runtime to flesh out the characters a little more. It's no LOGAN, but it was very enjoyable for what it's trying to portray. Julius Avery does a great job with his actors, particularly Javon Walton as the kid Sam. Stallone plays it like a mashup of John Rambo and old man Rocky, but it fits his character so I won’t throw shade at him for that and Pilou Asbæk eats up the scenery as the main villain, Cyrus. SAMARITAN is what Stallone movies do best, they entertain without using too much brain power and you can't fault it for that given that it exists in a world where the modern superhero film takes itself so seriously.

SAMARITAN is available to stream as of today, Friday 26th of August on Amazon Prime Video.