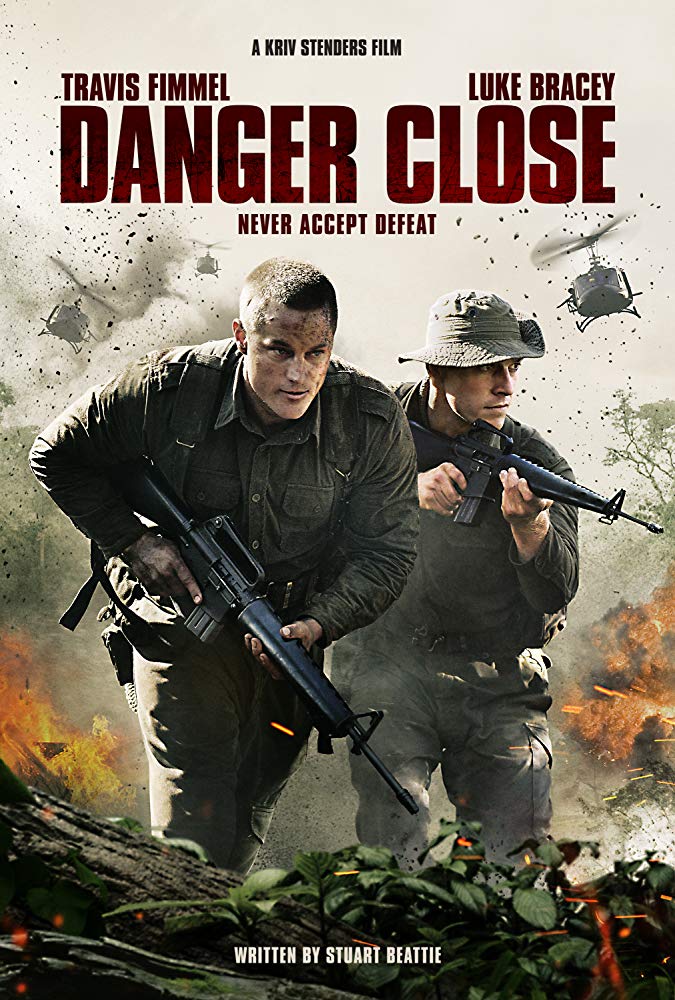 The Vietnam war drama DANGER CLOSE will be hitting a screen near you in a few weeks, and AICN has an exclusive first look at the gripping combat story.

In DANGER CLOSE, it’s 1966 in South Vietnam, and Major Harry Smith (Travis Fimmel) leads a company of inexperienced Australian and New Zealand soldiers against the Viet Cong in the Battle of Long tan. With 2500-strong enemy forces closing in, Smith’s men search for the strength to triumph over unfavorable odds.

Check out an AICN exclusive clip from DANGER CLOSE here!

Check out the trailer for DANGER CLOSE below.

I’m definitely not a war movie expert- I’ve seen my share of Vietnam films from the American perspective, but I can’t recall any from the Australian/ New Zealand perspective. So I’m pretty curious about DANGER CLOSE and it’s depiction of this part of the conflict.

If your interest has also been piqued, Saban Films is releasing DANGER CLOSE in theaters, On Demand, and on digital this November 8th!