ekm's 31 DAYS OF THE FOURTH: EPISODE 14 - A GALAXY OF FANBOYS DIVIDED

ekm’s 31 DAYS OF THE FOURTH: EPISODE 14 – A GALAXY OF FANBOYS DIVIDED 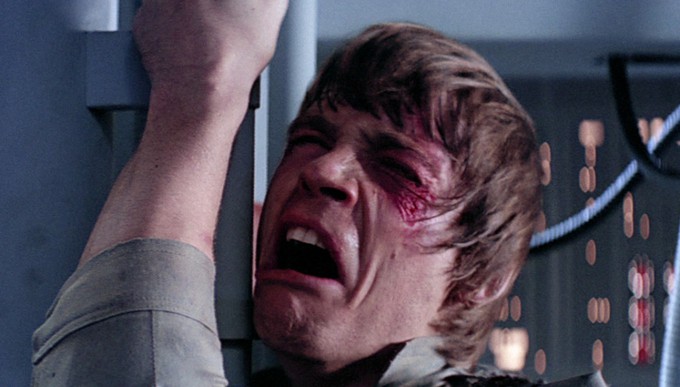 In an earlier article, I wrote a very personal (and mildly embarrassing) article about fandom, and our obsessive devotion to Things Geeks Love.  Obviously, STAR WARS was the focus, but this applies to so many other things.  Comic books.  LORD OF THE RINGS.  STAR TREK.  DUNGEONS & DRAGONS.  DOCTOR WHO.  So on and further.  These are all games, shows, or movies, or whatever else that were considered “uncool,” kept alive by misfits lurking on the social periphery.  However, as we all know, yesterday’s Uncool is tomorrow’s Fucking dope, yo, and each of these things I mentioned -- and more -- became acceptably mainstream components of pop culture entertainment.

I wanted to write about how I felt when THE PHANTOM MENACE brought STAR WARS back into the public consciousness: the sense that something special was dragged out into the light to be fondled by strange hands.  I knew I wasn’t the only STAR WARS fan on the planet; but when you’re defined by your part in an elite minority, you become possessive of your passions, particularly when they’re such a huge part of your social marginalization in the first place.  Anyway, my goal was to write about that now-faded aspect of 80s and 90s fan culture, and to recall, for a moment, how it felt to be Nerds and Geeks emerging from the darkness of comic shops to stand there, blinking in the sun, at the dawn of a new age; one in which there was no longer any stigma attached to being an adult in a Darth Vader T-shirt, or to sport, without irony, a bumper sticker that read MY OTHER CAR IS A TARDIS.

So I wrote my little exorcism of my selfish Inner Geek, and published it here on AICN.  And now I want to talk about what happened next: the way shit blew up during the Millennium.  The way shit always blows up when the word prequel enters a conversation about STAR WARS.  Even these Talkbacks are filled with grumbles that this very series is too “negative.”  Things tend to go badly once we reach this point in the discussion.  People start name-calling, and invitations are politely made to fuck one’s own mother.  That hasn’t happened here, yet, with me, and consider me grateful; but one need only read the comments to see the clear divide.

ATTACK OF THE CLONES was what caused that breaking point in fan culture.

After THE PHANTOM MENACE, there was this strange sense of uncertainty amongst STAR WARS aficionados.  It took a while, in fact, for many who ultimately decided they disliked the film to actually admit it.  Or maybe they were simply slow in coming to terms with how the film made them feel.  It was a weird form of denial.  We’d all wanted this movie so badly, and we’d established a gigantic pedestal on which George Lucas now sat; so to acknowledge the film’s failings seemed like a betrayal, either of our Holy Creator, or worse, by our Holy Creator.  It felt wrong, like, well, fucking one’s own mother.

As I recall, it wasn’t until the VHS release of the film in May of 2000 that friends who’d voraciously defended MENACE against criticism were now sort of shrugging, heads down, feet shuffling, saying, Yeah, well, it kinda sucks.  It was an admission of embarrassment for having stood up for it, spoken softly as if to prevent Lucas -- like some sort of omniscient deity -- from overhearing.  This didn’t stop these people (or me) from buying it again six months later when it became the first STAR WARS film released for the newfangled DVD format.

But there was still hope for EPISODE II.  Maybe all those plot holes would be filled in.  Perhaps Yoda would rescind permission for Obi-Wan to train Anakin, who’d do so in secret.  Or maybe the Jedi would have to go into hiding as the Clone Wars began, and some sort of event would occur, like the burning of Alexandria, that would begin the (still-improbable) act of erasing their existence from public knowledge.  Maybe Jar Jar Binks would be given the next stage of his character arc, in which that the events around him provoked maturation, and grant his earlier antics a new sort of poignancy.  See?  At this point, the Prequel Trilogy was still salvageable, even if the shine had come off.

The first full-length trailer for CLONES didn’t inspire much confidence.  There was that immediate and electric thrill of hearing familiar John Williams themes over the sound of Darth Vader’s breathing, and that HOLY SHIT, THIS IS NEW STAR WARS! feeling that swept over me.  And just as soon as the sun felt like it was breaking through the clouds, we got our first look at Anakin Skywalker, who opened his mouth and said: Just being around her again is…intoxicating.  With that, all the electricity fizzled out as a dull sense of inevitability set in, followed by the worst STAR WARS title of all time: one that sounded dashed off.  I never understood the contempt for the title of EPISODE I; THE PHANTOM MENACE is a bold and striking name.  ATTACK OF THE CLONES, while retaining that FLASH GORDON-vibe, just sort of sat there.  I wasn't alone; when I saw the trailer in the theater, three different audience members sitting in three different places hooted Send in the clones!  Thanks, we were all thinking that too, assholes.

Then, after the obligatory build up, and the early reviews that lavished praise upon CLONES for being a better film than MENACE (and right up there with EMPIRE!), the movie was released.  I was there at the midnight screening in a theater packed full of fans: young and old, First Generation and Second.  Then the film started, staggered, lurched, and collapsed.  I shriveled in my seat during the love story -- so obviously shoehorned in there to compete with TITANIC’s gargantuan success -- and shook my head in bewilderment as things that were wrong, just so very wrong, played out on screen.  A 50s diner in STAR WARS?  Anachronistic!  Boba Fett as the template for the Stormtroopers?  What???  Two members of *Nsync were in the arena battle?  Are you fucking kidding me…?  I went from fear to resignation to embarrassment to outright horror.  It was once C-3P0 started in with the puns that my stages of grief turned to anger, and the Yoda duel sent me into an outright rage.  As the film ended and the audience exploded into applause, I turned to my friends and asked (a little too loudly): What the fuck just HAPPENED...?  Because I honestly didn't know.

But what had happened was the flatulent second wind of the Prequel Trilogy.  The HARRY POTTER generation discovered the film that May and held on tight.  It had a love story.  CGI battles.  Explosions!  A digital character in a Sonic the Hedgehog-style lightsaber battle.  There followed commercials pimping Yoda’s climactic fight scene, with the announcer asking, demanding: WHO DA MAN?  YODA MAN!  If there was a target audience, it was this one.

And that was the tipping point for many fans.  That was the point when STAR WARS became unrecognizable.  The fact that the subsequent DVD release of the Original Trilogy contained further “Special Edition” changes (designed to further connect the first three films with the new ones) made MENACE and CLONES all the more egregious for their existence.

But this wasn’t as simple as “old” versus “new.”  STAR WARS fans were now a splintered sect, like Christianity, choosing which aspects they chose to embrace or deny, while arguing with anyone who disagreed.  You had original fans like me who loathed the Prequels and demanded the original theatrical edits; fans who only wanted the Original Trilogy but were fine with the SPECIAL EDITIONS; fans of all six; and youngish Prequel fans who thought the new ones were fun and exciting, and certainly better than those old boring ones their parents liked.  Any discussion was bound to lead to argument.  While I myself am passionate on the subject, and happy to drop F-bombs to make my points, I'm not particularly argumentative about it; this wasn't always the case.  I remember being banned from a message board after declaring of ATTACK OF THE CLONES FANS: George Lucas is jerking off all over your faces and you’re licking it up like whores.  That quote has stayed with me.  Probably not my finest moment, but one of my most quotable, and certainly representative of how intensely personal this debate can be.

STAR WARS was eating its own tail.  What was once an unstoppable juggernaut was now cautious and reactionary, having first stumbled with MENACE and then ultimately dethroned with the release of CLONES.  This isn’t a matter of opinion, either.  For the first time in history, a STAR WARS film wasn’t the highest grosser of the year: both SPIDER-MAN and THE TWO TOWERS slaughtered it.  The film was too busy trying to expand its demographic – girls, for example, were lured in by perceived TITANIC similarities, and a Justin Timberlake lookalike in the lead role -- and instead of creating its own iconography, CLONES was simply lifting from other popular films like BLADE RUNNER and GLADIATOR.  It even went so far as to plunder its own graveyard in a desperate attempt to create poetic echoes of the other “middle film,” THE EMPIRE STRIKES BACK.  This was no longer a story; it was a dog chasing butterflies.

The important thing to remember is that not everyone was disillusioned.  It wasn't just the new fans who embraced STAR WARS v2: there were many old fans who had desperately awaited these films, and loved them.  Genuinely, and without irony.  To have something that important mocked and torn to shreds, particularly by members of the same club (or Triumph the Insult Comic Dog), is infuriating.  Therein lies the rub.

Even now, the galaxy is divided.  Prequel fans became caustic and reactionary to what they consider criticism of films they consider equal to the originals.  Considering the enormous amount of flack those three movies receive, it’s not hard to understand why; in attacking something they love so dearly, it becomes an attack on them.  I get it, for the same reason I felt so protective of the series during the PHANTOM MENACE build-up.  It’s a lot like STAR TREK, though: with the arrival of THE NEXT GENERATION, the franchise evolved into something very different, and the perception of TREK as this incredibly nerdy, uncool thing really began there, with the spin-off.  It created a new paradigm for the series, and a new breed of fan (one I personally don’t care for).

This too happened with STAR WARS.  In 2002, it unofficially became a mouth-breather sort of thing that you rolled your eyes at, particularly when you watched a bunch of geeks fighting about it online.

And that was when I realized that my love of such things needed to grow up a little.  It needed to mature.  For me, anyway.  Because there are only so many creative ways to tell a total stranger why they should engage in intercourse with the woman who gave birth to them, particularly when it's because we’re both arguing over a movie about space wizards. 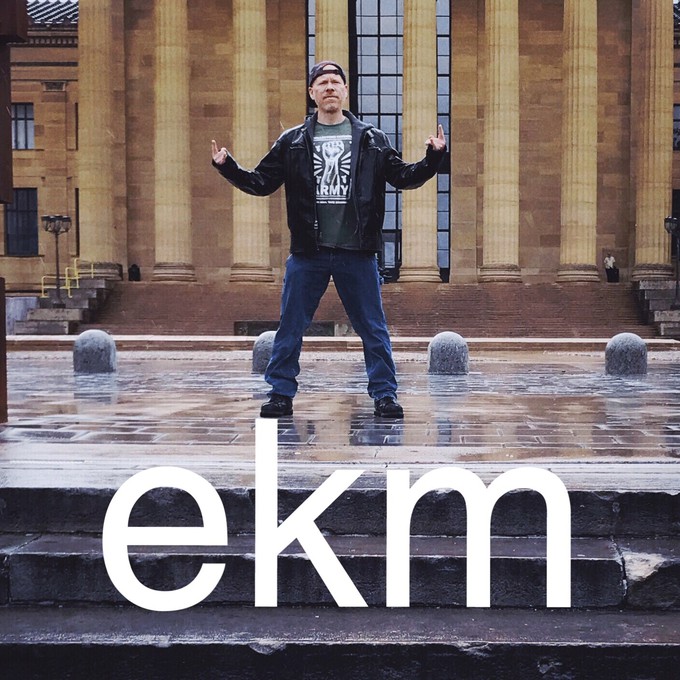